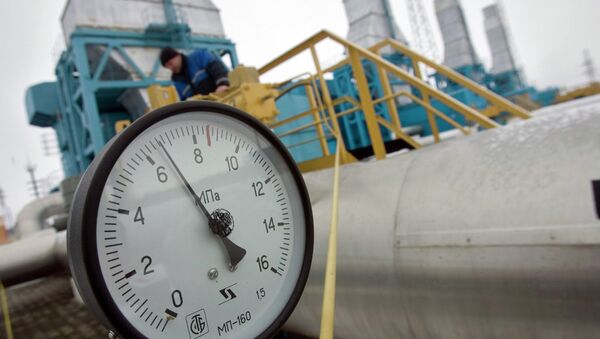 “We do not recognize this price. It is unfair, it has nothing to do with economic and market factors. Under deals reached in late 2013 the gas price for Ukraine was $268.5 [per thousand cubic meters]. These agreements envisage no grounds for changing this price, for increasing it sharply,” he said.

The minister said earlier that Ukraine would seek to reverse gas flows from Europe, pumping gas in the opposite direction to the original design of the pipelines in a bid to handle Russian price hikes.

Specifically Kiev sought to reverse gas supplies from Slovakia, which has the best infrastructure among European countries for gas deliveries to Ukraine.

Slovakian representatives informed a Ukrainian delegation in Brussels that they were unable to reverse gas back to Ukraine at full volume because of legal limitations, Prodan said.

“At our meeting with representatives from gas companies, the Slovakian side said the issue of delivering gas from Slovakia is not a technical problem, but the one tied to the agreements with Gazprom,” Prodan said.

“It was announced that there are certain agreements which today do not allow the physical reverse [of gas delivery] in full volume from the Slovakian side,” he said.

Ukraine, which serves as a transit country for about 40 percent of all Europe-bound Russian gas, has a long history of gas disputes with its eastern neighbor. Several crises, caused by Ukraine’s failure to pay its gas debts have led to disruption of deliveries to Europe in recent years.

Ukraine received a $100 discount for Russian gas under the 2010 deal in exchange for extending the lease allowing Russia's Black Sea Fleet to be stationed in Ukraine. In December 2013, Ukraine received another gas discount, effectively cutting the price to $268.50 per 1,000 cubic meters of gas.

When Moscow terminated agreements with Ukraine on the basing of the Black Sea Fleet in Crimea on April 3, it has also retracted a related discount on export duties on gas destined for the country.

The December gas discount was cancelled in late March because of Kiev’s failure to pay its gas debt, which currently stands at $2.2 billion.