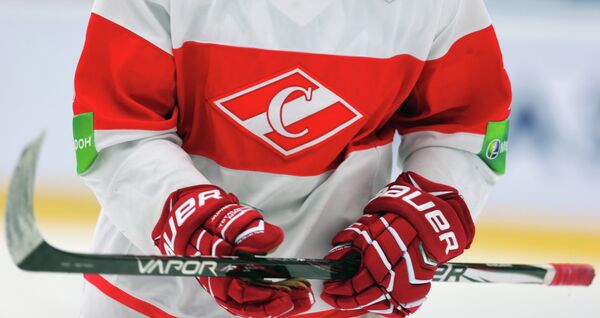 Spartak won fame as a four-time Soviet champion and key source of players for the national team’s “Big Red Machine,” but has failed to thrive in Eastern Europe’s modern KHL league and was tipped into a financial crisis when its sponsor Investbank collapsed in December.

Spartak’s reliance on private funds was a comparative rarity in Russia, where most professional sports teams are backed by funds from regional governments or state-controlled companies, but hopes of a government rescue appeared to be dashed Tuesday.

A delegation of Spartak representatives arrived at the Sports Ministry on Tuesday morning, expecting to speak with Mutko, but they were turned away.

Mutko suggested that Spartak was not an attractive target for a government bailout.

Several Spartak players have left the club as free agents in recent months under a KHL procedure allowing the league to declare contracts invalid if players go unpaid.

Spartak has repeatedly been in financial peril in recent years and has one of the oldest and smallest arenas - the 1950s Sokolniki Sports Palace that seats 5,500 - in the KHL. It skipped the entire 2006-07 season as a result of financial trouble, and last qualified for the KHL playoffs in 2011.

Spartak won the Soviet title four times and regularly finished second behind its fierce rival CSKA Moscow, but is trophyless since the Soviet Union collapsed in 1991. The club has won the international invitational Spengler Cup five times, but most recently in 1990.