OPINION: $6 Bln Vanished from US State Department Due to Corruption – Expert 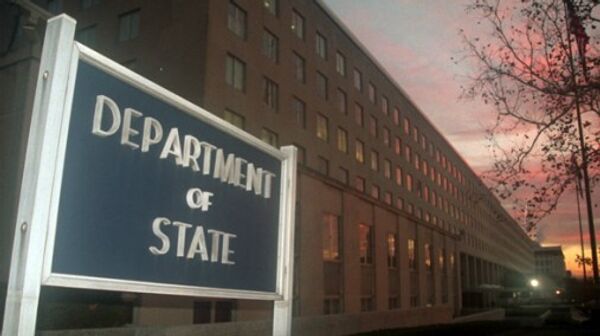 The US State Department lost some $6 billion over the past six years due to corruption, Scott Rickard, a former US intelligence linguist, told RIA Novosti, ruling out any possibility of human or financial error.

MOSCOW, April 8 (RIA Novosti) – The US State Department lost some $6 billion over the past six years due to corruption, Scott Rickard, a former US intelligence linguist, told RIA Novosti, ruling out any possibility of human or financial error.

“I think that what you’ll find is that the State Department has become so entrenched in covert activities that they’re trying to cover their tracks. It’s more or less a situation where people are either stealing or acting in a fashion that is not diplomatic,” Rickard said Monday.

Officials are operating without any recourse or accountability and, unfortunately, the American people are not provided with the full truth when it comes to this type of investigation, the linguist said.

“I’m certain individuals like Hillary Clinton and John Kerry are responsible and certainly have some knowledge of that type of accounting disparity. Six billion dollars is an enormous amount of money that has gone unaccounted for, and unfortunately no one will be held accountable for it,” he added.

A report by the Office of Inspector General (OIG) earlier this week said the missing funds have uncovered vulnerabilities in the management of documentation related to contractors, mainly during the tenure of Hillary Clinton, but they apparently started before she became US Secretary of State in 2009.

Contracts for the war in Iraq, for instance, could not be found in 33 out of 115 instances, according to the report.

A State Department spokeswoman, Marie Harf, said that this is a "bureaucratic issue" rather than an accounting issue. “It’s not that we’ve lost $6 billion, basically,” she said, adding that the US State Department is taking steps to remedy the situation.

Rickard explained that as in any other business, when the State Department operates in a corrupt fashion it covers up for its employees and friends.

“A lot of these activities are very lucrative for individuals operating businesses with friends who are profiting from the State Department expenditures,” the linguist noted. “So even if there is documentation, I’m certain that a lot of people are flipping very quickly to destroy that documentation in order to basically cover themselves in the event that an investigation does occur.”

The case of the misplaced $6 billion is just another budget abnormality, a common phenomenon for the US government. Some $2.3 trillion was allegedly unaccounted for by the Pentagon in 2001, and it has never really been investigated, he said.

“Losing another $6 billion for the State Department is unfortunately their status quo,” Rickard stated. “There is no accountability for these individuals who are basically operating with no recourse at all when it comes to either spending funds illegally or using funds outside of legitimate exercises.”

The State Department received an Inspector General last year after going without the position for almost five years. Rickard was not surprised, adding that financial abnormalities have become common for America.

“We’re operating on very shady ground here whereby obviously the financial system has failed in the West and the banks continually get bailed out, so you have a lot more nefarious operations going on within government because a lot of individuals understand,” he said. “Not having an inspector general is just a convenience so that there’s nobody guarding the safe, so they can go in and use the funds from the safe any way they wish. So that’s really what we’re seeing here is that they’ve left the treasure unguarded and are letting the criminals operate freely.”

USAID, a State Department operation, is known to operate in countries around the world with multi-million dollar budgets to subvert those countries by funding different NGOs and operations out of think tanks.

“When these operations go into effect, that money is spent alongside consultants, communications, publications, as well as bribes, and those bribes can come in the form of even giving someone a job,” Rickard said.