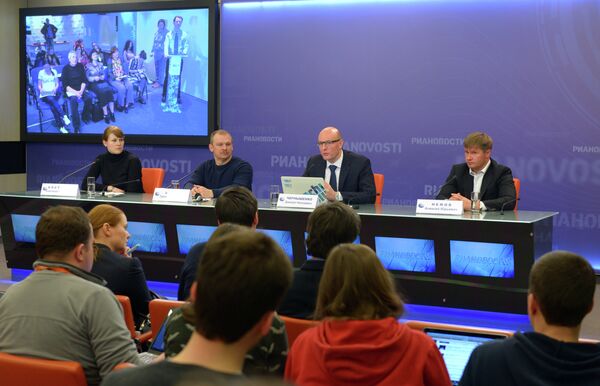 The February 7-23 Olympics, the first in Russia, appeared to see a late flurry in sales, with more than 30 percent of the total tickets still on sale less than three weeks before the opening ceremony.

Chernyshenko did not provide final ticket numbers for Sochi but said “we sold more tickets than in Vancouver,” for which Canada's Olympic organizers said 1.49 million tickets were sold, 97 percent of the total.

The total number of TV viewers - those who saw "even one minute" of Sochi Olympic coverage, according to Chernyshenko - was two billion, 200 million more than for Vancouver, he said.

Organizers in Sochi tracked spectator numbers by issuing so-called “fan passports,” a measure that saw personal information collected for security purposes. Without a passport, spectators could not use tickets they had bought.

“There are the fan passports, which were received by representatives of 126 countries, who were given more than 640,000 fan passports, and they didn’t consider it as a sort of policing measure,” Chernyshenko said.

“Instead, they considered it as a type of passport, as entry to a society of loyal fans, who had come to cheer and not to commit illegal acts.”

The figure of 640,000 spectators is difficult to compare with other recent Winter Olympics, which did not use fan passport systems, instead typically measuring visitor numbers by ticket sales.

Chernyshenko hailed the security measures for having deterred ticket forgery, saying not a single case had been found.

As well as tickets to specific events, tickets for the Olympic Park, without access to venues, were also on sale for 200 rubles ($5.60) and proved popular.

“During the entire time of the Games, the Olympic Park was visited by around two million people” he said.

The next Summer Olympics are in Rio de Janeiro in 2016, with Pyeongchang in South Korea playing host to the Winter Games two years later.