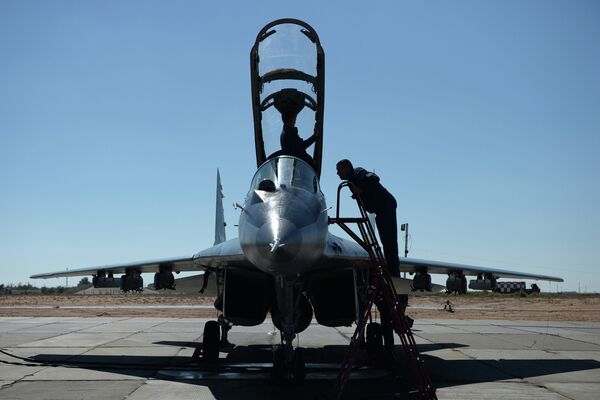 “Specialists of our team have already returned several planes to service,” the ministry quoted an unnamed commander of an Air Force unit near Ivano-Frankivsk as saying. “We are now conducting test flights. Soon, more mothballed fighter jets will take off again.”

The state of Ukraine’s armed forces came under close scrutiny when the new government took office in late February, after months of violent uprising.

Kiev launched extensive combat readiness checks of its armed forces in early March, following Crimea’s announcement that it was ready to secede from Ukraine and join Russia.

Defense Minister Ihor Tenyukh said in his report to the president that the checks revealed “unsatisfactory” condition of the armed forces.

He said that out of 507 combat planes and 121 attack helicopters, only 15 percent are serviceable. Air Force crews lack proper training and only 10 percent of them are capable of performing combat tasks.