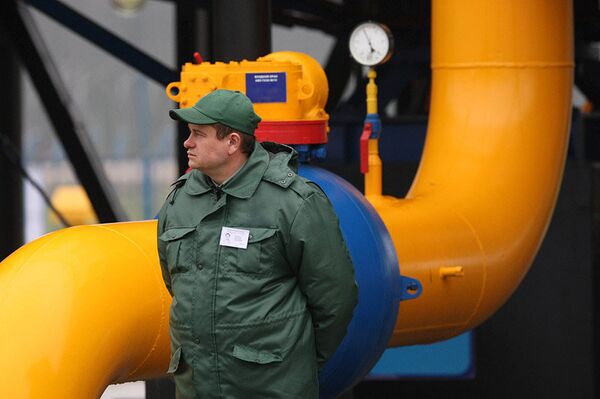 Russia's natural gas supplies to the European Union have no practical alternative, a senior energy analyst at the Colorado-based IHS company said Thusday.

"The EU's reliance on Russia to meet approximately 30 percent of its total gas demand means that there is no realistic alternative to European dependence on Russian energy supplies," Andrew Neff said.

The February uprising in Kiev led to the termination of existing gas deals between Russia and Ukraine, marking the end of a discount Moscow granted the country in late 2013.

The split has alarmed Russia's gas customers in Europe, who receive up to 80 percent of their Russian gas via the Ukrainian pipeline. Ukraine's energy minister said the country's debt to Russia in April will be about two billion dollars.

With Russia also dependent on Europe as its main market for oil and gas exports, the political rhetoric to reduce reliance on Russian energy will likely have no more effect than simply souring the already complex and difficult relationship between the two sides, Neff added.

In a bid to appease Europeans' fears of energy starvation, leaders on the continent have increasingly suggested shifting energy trends and seeking alternatives that, they claim, would be enough to offset a decline in Russian energy imports.

"The desire to diversify suppliers and reduce dependence on Russia in order to bolster energy supply security has prompted European policymakers to suggest a hodgepodge of potential policy options," Mr. Neff says.

"The pursuit of any one of these policies in isolation would have little effect on Europe's reliance on Russian gas," the expert stressed in an interview with RIA Novosti. "But even in combination, there is no guarantee of success."

Any attempt to reduce the EU's reliance on Russian gas would require a coherent, unified energy policy from European leaders, which appears highly unlikely to materialize, especially considering that the 28 member states depend on Russian gas to varying degrees.

In 2007, the share of Russia's natural gas in the EU's domestic consumption was estimated at 14 percent for France, 27 percent for Italy, 36 percent for Germany, with Finland and the Baltic states receiving as much as 100 percent of gas imports from their Eastern neighbor.

A number of officials in Europe have long called for greater energy diversity to no effect, especially considered that many EU customers have long-term import contracts with Russia, most of them stretching beyond 2025.