NATO Will Not Consider Direct Military Aid to Ukraine – Source 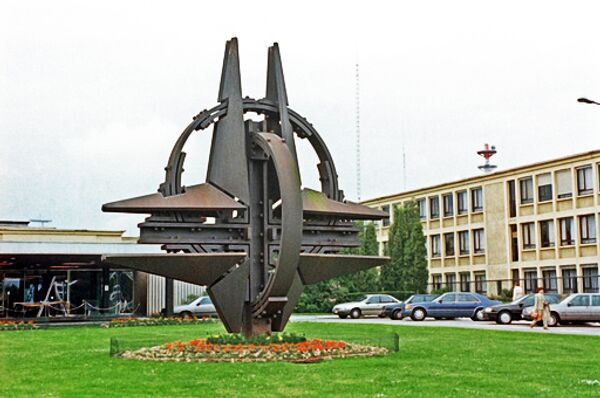 © RIA Novosti . Yuriy Somov
Subscribe
International
India
Africa
Direct military aid to Ukraine will not be considered at tomorrow's NATO meeting, a senior official of the Atlantic alliance said Monday on the condition of anonymity.

MOSCOW, March 31 (RIA Novosti) - Direct military aid to Ukraine will not be considered at tomorrow's NATO meeting, a senior official of the Atlantic alliance said Monday on the condition of anonymity.

Foreign ministers of NATO member states are to meet in Brussels on Tuesday and will attend a session of the NATO-Ukraine commission.

The source said there will be no review of the operational aspects of the alliance's relationship with Ukraine, such as direct military aid. Discussions will instead focus on expanding cooperation with Ukraine under the framework of the existing commission.

The source added, however, that NATO will consider what has happened and how the alliance's working relationship with Russia should be modified in the future.

A political crisis began in Ukraine last month, when often violent street demonstrations led to the ouster of President Viktor Yanukovych, who insists that he was forced to leave due to threats to his personal safety and remains the legitimate head of state.

Moscow has expressed concern about the decisions of the new leaders in Kiev, who count among their ranks a number of right-wing ultranationalists.

Crimea, along with several other regions, refused to recognize the legitimacy of the new government. Concerned about growing nationalist rhetoric by the Kiev leadership, officials in Crimea called for a referendum on the future of the region, in which voters overwhelmingly supported leaving Ukraine and rejoining Russia.

The largely Russian-ethnic Crimea was gifted to Ukraine undemocratically by Soviet leaders 60 years ago. The reunification treaty of the region with Russia was finalized earlier this month.