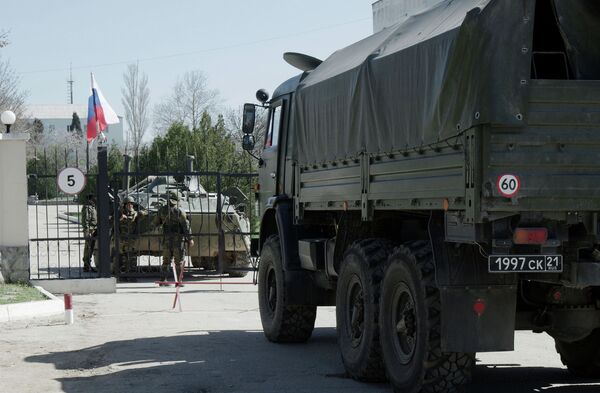 Putin said the precision and professionalism of the Russian military helped ensure peaceful conditions for holding a referendum in Crimea earlier this month, which international observers certified as free and fair.

"The recent events in Crimea were a serious test, demonstrating the quality of the new capabilities of our military personnel, as well as the high moral spirit of the staff," Putin said at a ceremony attended by senior commanders.

The president also thanked the officers and sailors of the Black Sea Fleet as well as other units stationed in Crimea for their endurance and personal courage.

Putin ordered Russian Defense Minister Sergei Shoigu on Friday to hand over to Ukraine military equipment of units stationed on the peninsula that chose not to join Russia.

The Russian Defense Ministry said last weekend that less than 15 percent of the Ukrainian troops stationed in Crimea decided to depart for Ukraine.

Russian officials said earlier this week that all military units in Crimea are now under the command of the Russian military.