Moscow Calls for International Assessment of Rights Violations in Ukraine 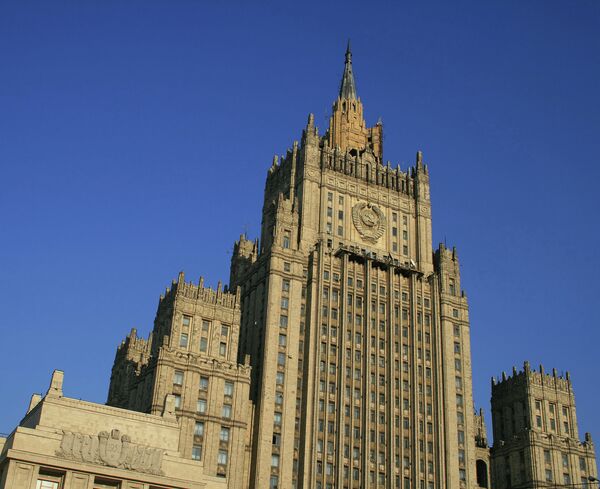 "There has been a large increase lately in the number of individuals who want to return to their historic homeland temporarily or permanently," the ministry said. "More and more Ukrainian residents are looking for refuge in Russia."

"We believe the fate of these people should not go unnoticed by influential international organizations, including the UN, OSCE, and the Council of Europe, which should clearly demonstrate their readiness to protect their rights."

Last Friday, Russia and other members of the Organization for Security and Cooperation in Europe agreed to deploy a mission of 100 observers to Ukraine.

During their six-month mandate, the observers will visit nine cities in different parts of the country.

The Russian Foreign Ministry said the interests of Russian speakers in the country, which is split between a Ukrainian-speaking west and a Russian-speaking east, are being consistently violated by the new government.

"The total disregard for the interests of the Russian-speaking residents of Ukraine is not news anymore, it's a persistent fact. And the decision to suspend broadcasts of four major Russian TV stations is the latest evidence of it," the ministry said.

On Tuesday, a district court in Kiev ruled to temporarily halt broadcasts of four Russian TV channels, pending hearings on a permanent ban.

The country's national broadcasting council said the channels, popular among Russian speakers, covered the recent events in the country in a manner that harmed national security.

Dunja Mijatovic, a media expert at the OSCE, condemned the move in mid-March, saying that "banning programming without a legal basis is a form of censorship; national security concerns should not be used at the expense of media freedom."