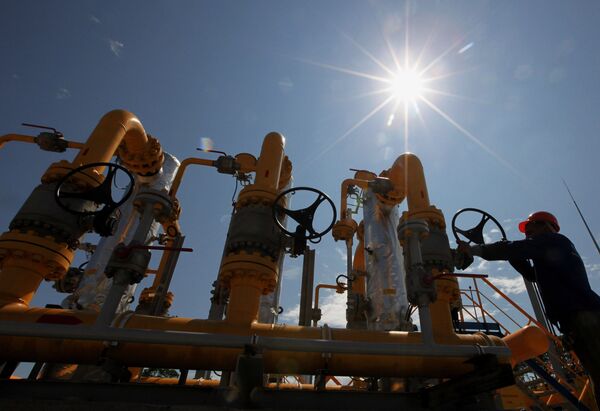 The current standoff between Russia and the EU over Crimea is likely to give an impetus to Moscow's long-awaited agreement on exporting up to 60 billion cubic meters of gas per year to via the eastern route to China, the major market for Russian gas in the Asia-Pacific region.

"We are in talks with Chinese partners, we have determined a price formula and volumes and can possibly reach an agreement with China in the next two months," Golubev said.

Talks on finalizing a deal have been repeatedly delayed over differences, including pricing. The deal is widely expected to be signed during Russian President Vladimir Putin's visit to Beijing in May.

The project envisages the construction of a new Russian pipeline to China. Gazprom has delayed its launch to 2020 from 2018 expected earlier.

The two sides have been negotiating the issue for years, and consistently failing to agree the price issue, while China has gone ahead with signing massive gas supply deals with other supplier nations including Australia, Qatar and Turkmenistan.