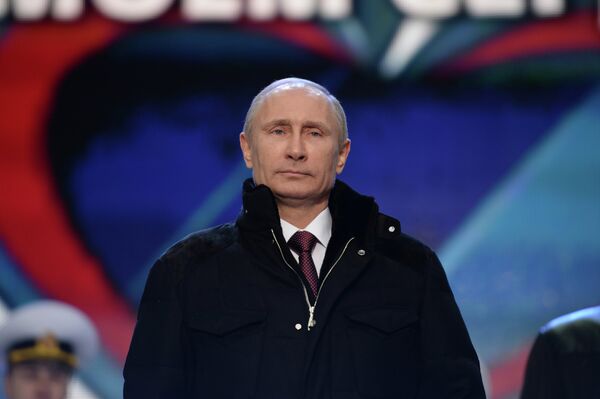 A poll by the Levada Center said public support for the Russian leader rose by 8 percent since Putin delivered an address to parliament on Crimea before the predominantly Russian-speaking region rejoined Russia last week.

Another poll by Levada last week said a majority of Russians believe their country is a great power and an important player in the international arena.

Some 63 percent of respondents said modern Russia has regained the status of a superpower, the highest level in the history of the poll, conducted by the Levada Center since the 2000s.

Putin was named International Person of the Year by Britain's The Times newspaper in December, for succeeding in his ambition of reestablishing Moscow as a critical player in solving international problems.

According to the poll released Wednesday, only 18 percent of respondents did not approve of Putin's performance as president.

The survey was conducted March 21-24 among 1,600 respondents across 130 cities in Russia. The statistical margin of error was 3.4 percent.