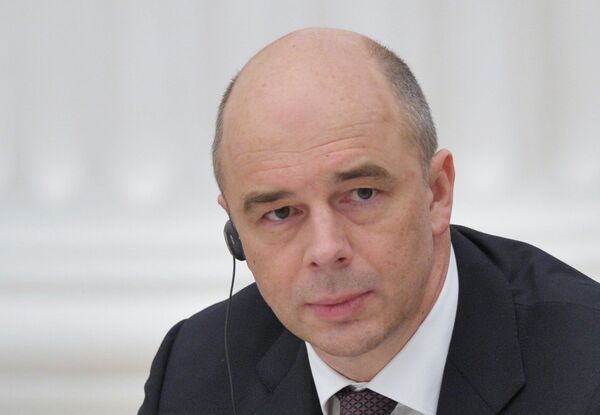 © Alexei Nikolskiy
Subscribe
Tensions between Moscow and Washington will not derail the two countries from signing an agreement on the Foreign Account Tax Compliance Act or FATCA, Russia's Minister of Finance Anton Siluanov said Wednesday.

MOSCOW, March 26 (RIA Novosti) - Tensions between Moscow and Washington will not derail the two countries from signing an agreement on the Foreign Account Tax Compliance Act or FATCA, Russia's Minister of Finance Anton Siluanov said Wednesday.

"It will be all right. We will undertake all necessary steps for our banks to provide information about American taxpayers," Siluanov said.

The regime, under which financial data on individuals would be shared, is slated to come into force in Russia on July 1. The act seeks to reduce tax evasion by Americans taking advantage of hidden offshore accounts.

There has been growing concern over the future of the agreement in light of the sanctions recently imposed by Washington over Moscow's position on the reunification of Crimea with Russia.

The sanctions targeted individuals, imposing visa bans and freezing any personal assets they may have in the US, as well as barring them from doing business with any US company or financial institution.  Leaders of the G7 group of nations have threatened to introduce further sanctions should the conflict escalate.

Under FATCA, signed into law by President Barack Obama in 2010, financial institutions worldwide will be required to report details of accounts and transactions of their US taxpayer clients to the US Internal Revenue Service. Foreign financial institutions that fail to comply with the act will face withholding taxes of up to 30% in the US on their earnings.

Earlier in March, Deputy Prime Minister Igor Shuvalov said the Russian government would support joining FATCA provided the two sides have equal obligations. Under the proposed terms of the agreement, data on Russian taxpayers would also be compiled by US institutions and relayed to Russia.

Commenting on the Western sanctions, Russian Foreign Minister Sergei Lavrov said the United States is trying to make Russia cooperate through sanctions, but cooperation should be fair and not based on threats. He also noted American leaders are out of touch with reality, instead being led by morbid thoughts of punitive action.