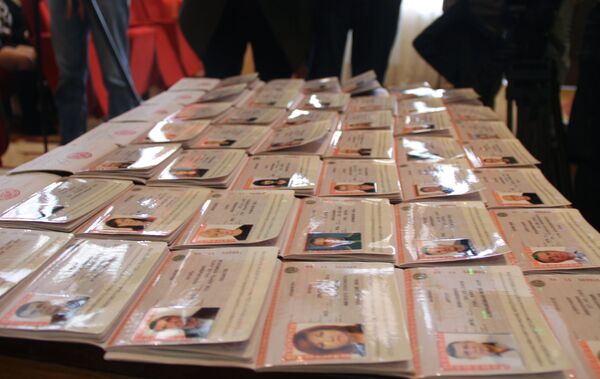 Last week, Russian President Vladimir Putin signed a decree finalizing the reunification treaty with Crimea, formerly an autonomous republic within Ukraine. Leaders in the region had refused to recognize the legitimacy of the new government in Kiev that came to power amid violent protests last month, instead scheduling a referendum in which residents voted overwhelmingly to rejoin Russia.

“We have received over 29,000 applications for Russian passports from residents of Crimea. More than 2,500 passports have already been issued,” said Sergei Kalyuzhny, a deputy head of the Federal Migration Service.

He added that those wishing to retain their Ukrainian citizenship will be permitted to remain in Crimea, but only after obtaining a residence permit.

Under Russian law, all Crimean residents should receive passports within three months.