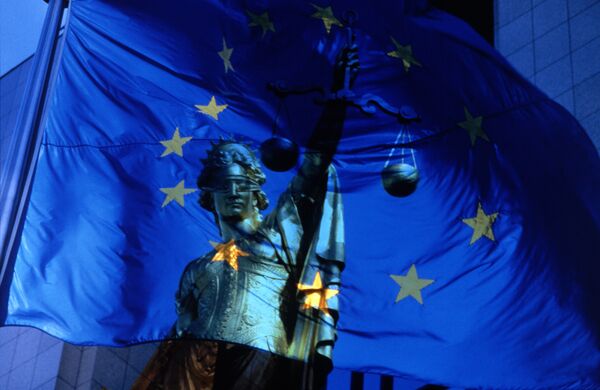 The EU has expanded its targeted sanctions against Russian officials blamed for destabilizing Ukraine, but has not yet agreed upon broader economic measures, European officials said Friday.

MOSCOW, March 21 (RIA Novosti) – The EU has expanded its targeted sanctions against Russian officials blamed for destabilizing Ukraine, but has not yet agreed upon broader economic measures, European officials said Friday.

The move was the latest escalation in the clash over Ukraine’s Crimea, the greatest geopolitical showdown between Russia and the West since the end of the Cold War.

The EU expanded the number of Russian and Ukrainian officials under sanctions to 33 early Friday morning, just hours after the United States added 20 more officials to its own list.

The new sanctions were in response to a vote held Thursday in Russia’s parliament ratifying the reunification of Crimea with Russia after 60 years as part of Ukraine. A referendum in the region held Sunday saw voters overwhelmingly support leaving Ukraine and joining Russia.

French President Francois Hollande said early Friday morning the EU list largely mirrored the US list, adding the names of those sanctioned would be published Friday.

Herman Van Rompuy, President of the European Council, said Friday the EU had cancelled preparations for a scheduled summit with Russia in June.

European Commission President Jose Manuel Barroso said at a press conference Friday that the EU is preparing broad-scale economic measures against Russia, should they prove necessary.

EU officials have described three levels of sanctions against Russia. The first was the suspension three weeks ago of negotiations on visa liberalization to ease travel between EU member states and Russia.

That was followed this week by targeted sanctions against Russian officials including asset freezes and visa bans.

The third and final step would be broad economic sanctions, which German Chancellor Angela Merkel has threatened would follow if the situation in Ukraine further deteriorates.

Russian President Vladimir Putin warned earlier this month that sanctions against Russia threatened to cause mutual damage in the modern, integrated global economy.

The US and EU announced asset freezes and travel bans targeting a number of Russian officials close to President Vladimir Putin on Monday, following Crimea’s referendum.

Crimea, previously an autonomous republic within Ukraine, refused to recognize the legitimacy of the government in Kiev that came to power amid often violent protests last month and sought reunification with Russia.