Federal State Is Only Solution for Ukraine – Lavrov 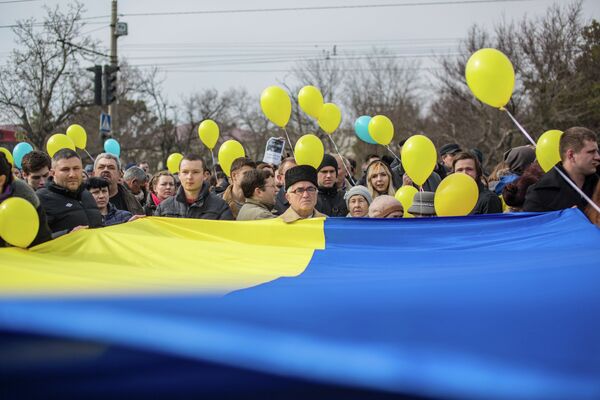 © RIA Novosti . Andrey Stenin
/
Go to the photo bank
Subscribe
Making Ukraine a federal state is the only way to stabilize situation in the country, Russian Foreign Minister Sergei Lavrov said on Thursday.

“We want to understand, who exactly will represent legitimate authorities in Kiev. In this regard we have a proposal: first of all, a constitutional reform should be held, so that interests of all Ukrainian citizens and regions are respected. This is the only basis for forming legitimate authorities, legislative and executive, central and regional,” Lavrov told members of the lower chamber of the Russian parliament.

“And we are convinced that the situation in the country can be stabilized only through making Ukraine a federal state,” he continued.

Crimea, previously an autonomous republic within Ukraine, refused to recognize the legitimacy of the government in Kiev that came to power amid often violent protests last month and sought reunification with Russia after 60 years as part of Ukraine.

The reunification treaty, which sparked the most serious geopolitical showdown between Russia and the West since the end of the Cold War, was ratified by the State Duma on Thursday.