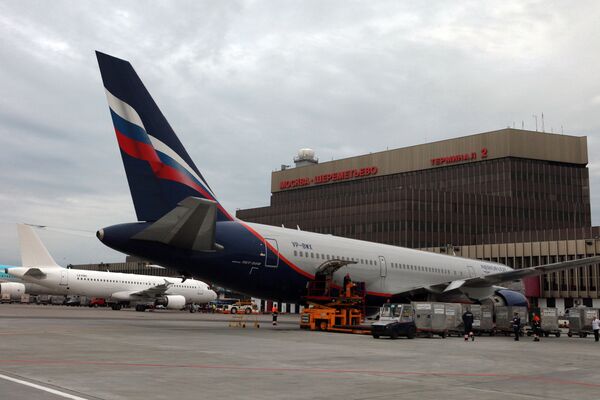 Russian airlines, including the country's flag carrier Aeroflot, have begun changing their flight routes to bypass Ukraine, according to publicly available data.

According to flight information obtained from the Flight Radar 24 air traffic website, an Aeroflot flight to Simferopol on Ukraine’s breakaway Crimean peninsula on Wednesday flew a longer route across Russian territory instead of its usual, more direct route through Ukraine.

Aeroflot confirmed the reports on its Twitter feed, saying that “a decision has been made to change flight routes.”

By late afternoon Aeroflot stock had fallen nearly 10 percent on the news of the changes.

Flights by other Russian airlines, such as Transaero and NordWind, also appeared to be avoiding entering Ukrainian airspace, while the flight paths of foreign carriers, such as Turkish Airlines, remain unchanged.

An aviation industry source said Russian air carriers follow recommendations from Russian aviation authorities, although a spokesman for the country's civil aviation watchdog declined to comment on the matter.

Routes of Aeroflot flights to Turkey’s Istanbul and Antalya on Thursday were also changed to bypass Ukraine.