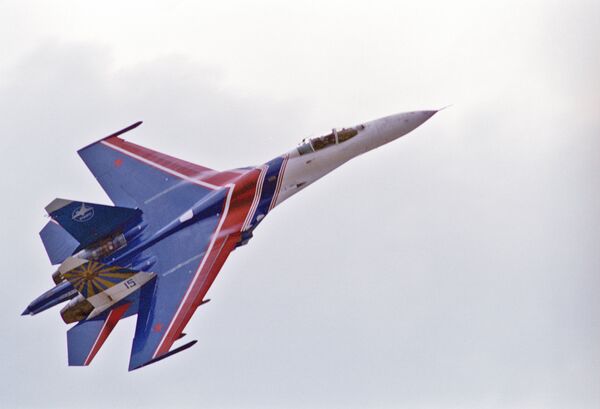 The ministry said the aircraft from the Western military district have been deployed to the Babruysk airbase in line with a bilateral agreement on the joint protection of the Union State's airspace.

The planes will reinforce the four Russian Su-27 Flanker fighter jets already at the nearby Baranovichi airbase.

The Su-27 Flanker is a highly-maneuverable, all-weather fighter jet that could be used in a variety of combat missions, including reconnaissance and the interception of enemy aircraft.

Belarusian President Alexander Lukashenko had said earlier that Belarus would ask Russia to deploy up to 15 combat aircraft on its territory in response to increased NATO military activity along the country’s borders.

The US Air Force has dispatched at least 12 F-16 falcon fighter jets from its airbase in Italy to take part in the exercises, while two NATO AWACS command and control planes have started reconnaissance flights over Poland and Romania in order to help monitor the crisis in Ukraine.