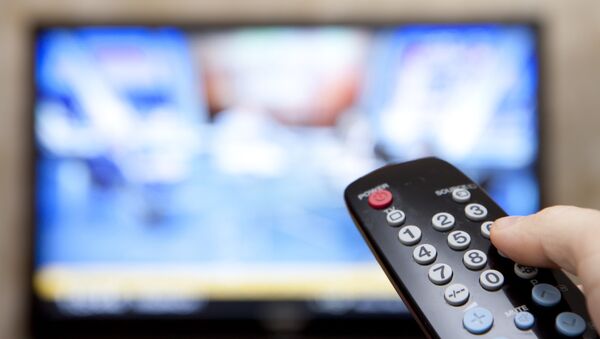 The TV provider Volya, with about 20 percent of the market, said it was notifying subscribers across the country about the service changes, UNN reported.

Troops lacking official insignia but widely understood to be under Russian command have seized key military bases and infrastructure in Ukraine’s Russian-speaking Autonomous Republic of Crimea in recent weeks.

Crimea on Sunday is to hold a popular vote on secession and annexation by Russia.

Russian TV, which is almost exclusively state-controlled, tends to reflect Moscow’s official position and has come under fire for portraying a biased view of events in Ukraine.

Russian officials have slammed the move as part of a broad politically motivated crackdown on media targeting Ukraine’s Russian-speaking population, and they have appealed to the Organization for Security and Cooperation in Europe to assess violations of press freedoms in Ukraine.