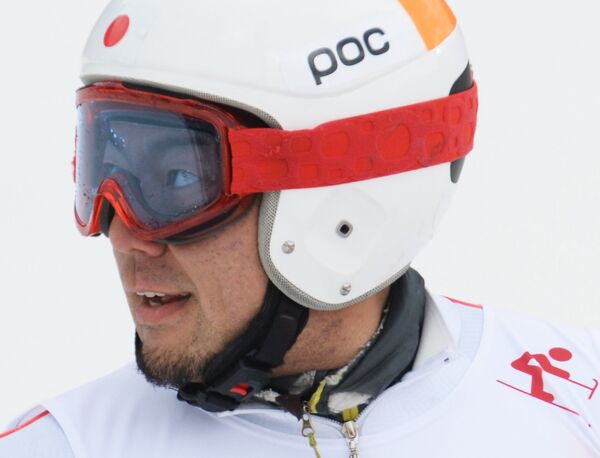 The 27-year-old, who won the downhill Saturday, successfully defended his super G title from Vancouver 2010, leaving his compatriot Taiki Morii 2.09 seconds behind for the silver.

The bronze went to Canada's Caleb Brousseau, who took up the sport after breaking his back in a snowboard accident in 2007.

The event saw lots of crashes, as only 14 of 28 athletes managed to finish, but with no serious injuries.

The race used so-called “calculated time,” in which each athlete’s time is modified by a percentage reflecting the extent of their disability.

Earlier in the day, Markus Salcher of Austria also won his second gold medal in Sochi, sweeping to victory in the super G standing event, while Slovakia's Jakub Krako prevailed in the visually impaired class.

The oldest Alpine skier at the Games, 55-year-old Mark Bathum of the United States, finished behind Krako to claim silver, his second career Paralympic medal.

Over nine days of competition in Sochi, a total of 72 gold medals will be awarded in five sports.