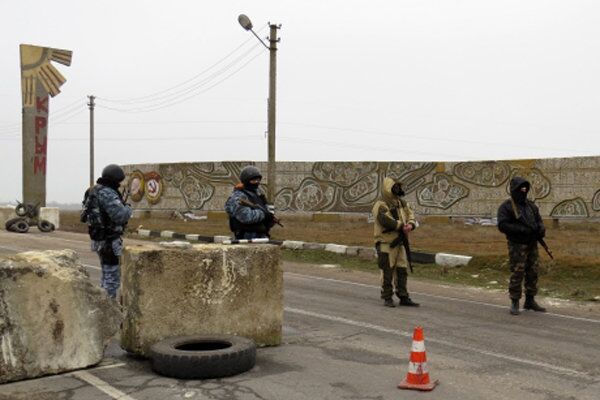 © Photo : OSCE
Subscribe
The authorities in Ukraine’s breakaway region of Crimea on Sunday ruled out negotiations with the central government, which they say is illegitimate.

SIMFEROPOL, March 9 (RIA Novosti) – The authorities in Ukraine’s breakaway region of Crimea on Sunday ruled out negotiations with the central government, which they say is illegitimate.

"The incumbent authorities are absolutely illegitimate, they were brought to power by guns, knives and baseball bats. While they are in office, there will be no dialog not only with them, but also with the rest of the country,” Crimean parliament speaker Vladimir Konstantinov said in an interview to a local TV station.

“They should give explanations to the people, disarm gangs and hold fair and open elections. Then the autonomous republic of Crimea will engage in dialog with Ukraine’s lawful government,” he said.

Authorities in Crimea, which hosts a majority Russian naval base, have repeatedly contested the legitimacy of the national government, formed by the erstwhile opposition after the country’s pro-Russian president was ousted late last month.

Crimea’s parliament decided on Thursday to secede from Ukraine and request annexation by Russia. The region scheduled a popular vote on the matter for March 16.

Konstantinov said on Saturday that if the decision to join Russia is approved in the referendum, the process will be complete “in about a month.”