Russia Must Focus on Profits in Space Industry – Official 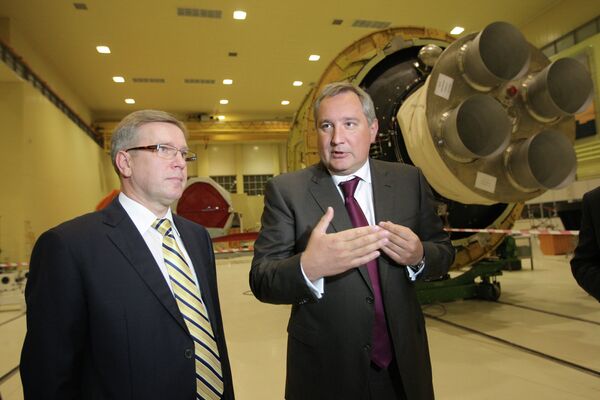 Russia’s space industry must be improved to ensure a return on government investments in the sector, a senior official said Friday.

MOSCOW, March 8 (RIA Novosti) – Russia’s space industry must be improved to ensure a return on government investments in the sector, a senior official said Friday.

“We can no longer tolerate the lag behind world standards,” Deputy Prime Minister Dmitry Rogozin said.

Rogozin, who oversees the space and defense sectors, said the government must focus on building public-private partnerships to make the space industry more profitable.

A decision last year to consolidate the domestic industry into a single United Rocket and Space Corporation followed a crash of a Proton rocket, the country’s largest, in July.

Long a world leader in rocket construction, Russia is a major supplier of launch vehicles for foreign payloads, but has failed to become a market contender in the lucrative satellite service and manufacturing industry.

A 2013 report by the Washington-based Satellite Industry Association said that in 2012 just 3.4 percent of the $189.5 billion in industry revenues came from launch services.

The remaining $183 billion went to ground equipment and satellite services and manufacture.

Last month, Rogozin said the government would introduce stiffer penalties for companies that did not manufacture and deliver spacecraft on schedule.

“Another important aspect is to secure outside funding,” Rogozin said. “It’s embarrassing that Russia has 3 percent of the international space market.”

Rogozin also emphasized the need for further international cooperation in space, and called for long-term planning for the country’s fleet of rockets to serve future needs through the 2040s.