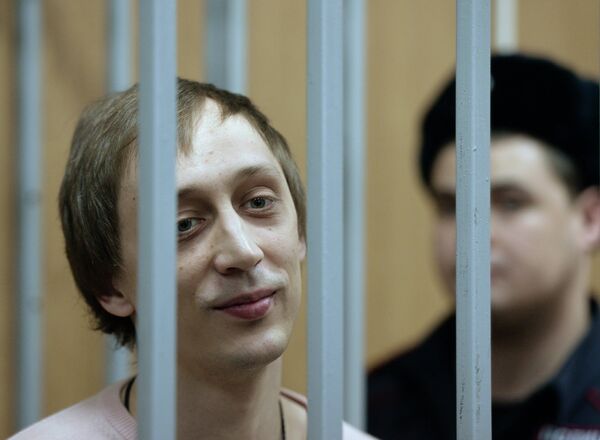 Director Sergei Filin sustained third-degree burns to his face and eyes in the attack in January last year.

The trial of his attackers ended in December with star dancer Pavel Dmitrichenko being jailed for six years for ordering and organizing the attack.

His accomplices – former convict Yury Zarutsky, who carried out the attack, and driver Andrei Lipatov – were sentenced to 10 and four years in jail, respectively.

During the trial, Dmitrichenko claimed he only wanted to have Filin beaten up. Zarutsky claimed he planned and carried out the attack on his own “to defend Dmitrichenko,” while Lipatov said he was unaware of the crime and only gave Zarutsky a ride.

Filin returned to Moscow last September after six months of treatment in a German hospital. He has undergone 28 eye surgeries, and German doctors say his eyesight has improved significantly.

During the trial, Filin suggested that the aim of the attack was to remove him from his position as artistic director and to destroy the prestigious Moscow ballet company’s reputation.