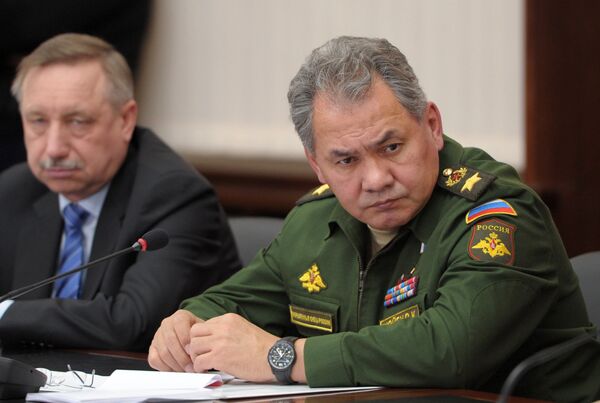 Despite widespread evidence to the contrary, Russian Defense Minister Sergei Shoigu said Wednesday that reports of Russian soldiers in Ukraine were “complete nonsense.”

Ukrainian officials and world leaders have condemned Russia for a military invasion of Crimea.

Media reports from the region have shown large units of soldiers in unmarked uniforms as well as Russian military jeeps, trucks and even armored personnel carriers.

Heavily armed men occupied airports, border posts, blockaded Ukrainian military bases in Crimea and stormed key administrative buildings in the regional capital last week in what appeared to be a highly coordinated operation to seize control of the peninsula.

Shoigu also said Wednesday that he “could not understand” where Russian military vehicles currently in Crimea had come from.

Local Crimean officials admitted Saturday that manpower from Russia’s Black Sea Fleet had been drafted in to guard key sites in the peninsula.

Shoigu’s denials echo those made by other top Russian officials, including President Vladimir Putin and Foreign Minister Sergei Lavrov.

Putin maintained on Tuesday that the armed men were local militias with which the Kremlin has no link. The military uniforms in which they are dressed could be bought at any shop in former Soviet countries, he said.

After protesters swept to power in Kiev last month there have been calls in Crimea for secession from Ukraine and unification with Russia. The area has a large ethnic Russian population and several key Russian naval bases.

US Secretary of State John Kerry accused Russia of “hiding its hand between falsehoods, intimidation and provocations,” in comments after he arrived in Kiev for negotiations Tuesday.