Crimea to Set Up Own Law Enforcement and Security Services 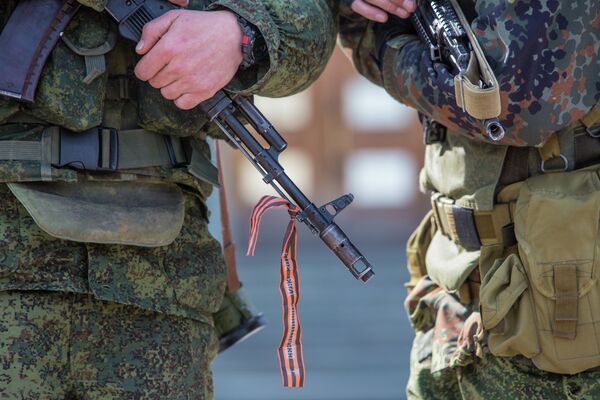 Ukraine’s southern autonomous republic of Crimea, which refused to recognize the new central government in Kiev, announced on Wednesday that it would set up its own law enforcement and security agencies.

SIMFEROPOL, March 5 (RIA Novosti) – Ukraine’s southern autonomous republic of Crimea, which refused to recognize the new central government in Kiev, announced on Wednesday that it would set up its own law enforcement and security agencies.

“We are creating our own prosecutors’ office, Interior Ministry and security service,” the speaker of the region’s parliament, Volodymyr Konstantynov, said.

The announcement came as residents of the Crimean city of Sevastopol rallied in support of a vote on the future status of the peninsula, due on March 30. Greater autonomy and even secession have been named as possible options on the ballot, but the exact wording of the question is yet to be approved.

Sevastopol, a Crimean port city housing the headquarters of both the Ukrainian Naval Forces and Russia's Black Sea Fleet, has a special status. It is administratively separate from the surrounding region, the autonomous republic of Crimea.

Konstantynov said that Sevastopol would hold a referendum on whether to join the autonomous republic on March 30.

Calls for secession in the mainly ethnic Russian-populated peninsula have been mounting since an uprising in the capital, Kiev, last month ousted President Viktor Yanukovych after months of anti-government protests.

Yanukovych leaned towards closer ties with Russia after he rejected a planned association agreement with the European Union.

Residents in Crimea have become alarmed at what they perceive as aggressively nationalist rhetoric coming out of Kiev in recent weeks. Many openly support calls for the autonomous republic to merge with Russia.

Thousands of unidentified troops under apparent command from Russia have taken control over Ukrainian military bases across the Crimea over the past week.

Russia’s parliament has given its approval to military intervention in Ukraine, ostensibly for peace-keeping purposes. But Russian President Vladimir Putin has denied that Russian troops are already deployed, and has described the well-armed troops seen driving around Crimea in vehicles bearing Russian military license plates as “local militia.”