Putin Adviser Urges Dumping US Bonds In Reaction to Sanctions 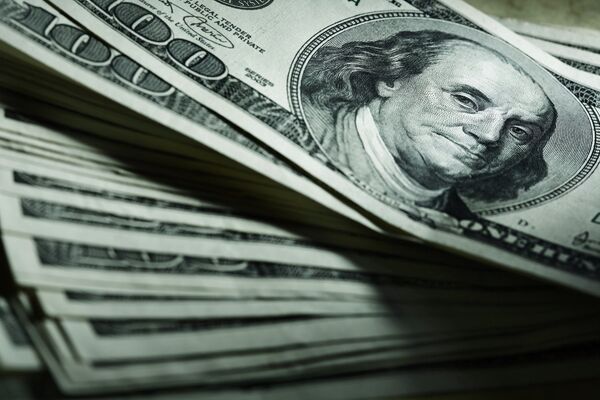 An adviser to Russian President Vladimir Putin said Tuesday that authorities would issue general advice to dump US government bonds in the event of Russian companies and individuals being targeted by sanctions over events in Ukraine.

MOSCOW, March 4 (RIA Novosti) – An adviser to Russian President Vladimir Putin said Tuesday that authorities would issue general advice to dump US government bonds in the event of Russian companies and individuals being targeted by sanctions over events in Ukraine.

Sergei Glazyev said the United States would be the first to suffer in the event of any sanctions regime.

“The Americans are threatening Russia with sanctions and pulling the EU into a trade and economic war with Russia,” Glazyev said. “Most of the sanctions against Russia will bring harm to the United States itself, because as far as trade relations with the United States go, we don’t depend on them in any way.”

Glazyev noted that Russia is a creditor to the United States.

"We hold a decent amount of treasury bonds – more than $200 billion – and if the United States dares to freeze accounts of Russian businesses and citizens, we can no longer view America as a reliable partner,” he said. “We will encourage everybody to dump US Treasury bonds, get rid of dollars as an unreliable currency and leave the US market.”

According to US Treasury data from the end of 2013, Russian investments in US government bonds total around $139 billion out of a total of $5.8 trillion of US debt held in foreign hands.

US Secretary of State John Kerry on Saturday warned that Russian military interventions in Ukraine, which have been justified by the Kremlin as protection for residents in heavily ethnic Russian-populated regions, could result in “serious repercussions” for Moscow.

"Unless immediate and concrete steps are taken by Russia to deescalate tensions, the effect on US-Russian relations and on Russia's international standing will be profound," Kerry said.

Former deputy energy minister and lively government critic Vladimir Milov slammed Glazyev’s remarks, saying they would put further downward pressure on the ruble, which was pushed down Monday to a record low of 36.5 against the dollar amid fears about the possible outbreak of war.

“That idiot Glazyev will keep talking until the dollar is worth 60 [rubles],” Milov wrote on his Twitter account.

A high-ranking Kremlin source was quick to distance his office from Glazyev’s remarks, however, insisting to RIA Novosti that they represented only his personal position.

Glazyev was just expressing his views as an academic, and not as a presidential adviser, the Kremlin insider said.