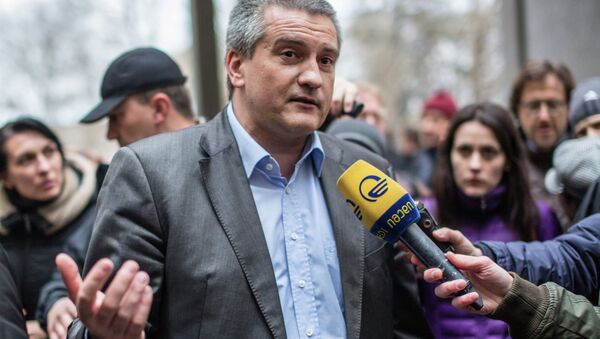 Ukraine’s autonomous region of Crimea confirmed Sunday that the majority of Ukrainian military units stationed on the Crimean peninsula have expressed their support of legitimately elected Pro-Russian authorities.

Earlier reports by Russian media about peaceful takeover of the military units by forces loyal to the Crimean government were denied by the Ukrainian defense ministry.

However, Crimean authorities said that most of the Ukrainian units sided on Sunday with pro-Russian forces “without a single shot fired,” and warned the commanders of a few units that remain loyal to Kiev that they would face criminal action if refused to surrender.

“I would like to warn commanders who force their subordinates to commit illegal actions that they will be punished according to existing laws,” Crimea’s Prime Minister Sergei Aksenov said in a statement.

The Crimean government said earlier that some 10 warships from the Ukrainian navy left their naval base in Sevastopol apparently on orders from Kiev.

Crimea is now at the center of the ongoing crisis in the country as pro-Russia groups move to distance themselves from a reformed national parliament that ousted President Viktor Yanukovych a week ago.

Putin issued his request in response to what he said was a threat to the lives of Russian citizens and military forces located in naval bases around the Crimean peninsula.