Formula One: Sochi Grand Prix Ticket Sale Delayed to May 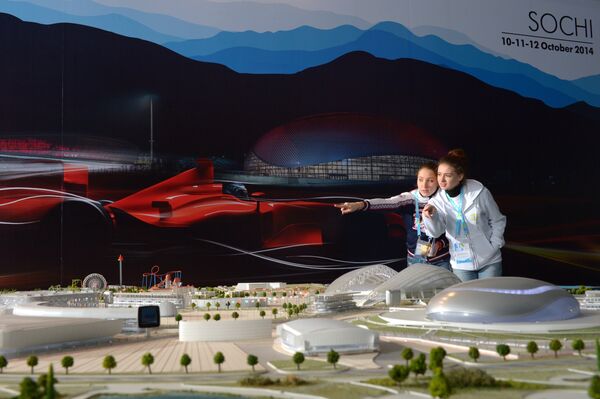 Tickets for Russia’s first-ever Formula One Grand Prix are to go on sale in May, two months later than schedule, organizers said.

MOSCOW, February 27 (R-Sport) – Tickets for Russia’s first-ever Formula One Grand Prix are to go on sale in May, two months later than schedule, organizers said Thursday.

Plans had been in place to sell tickets from March 4 for the race around Sochi's Olympic Park, which is slated for October 12.

But organizers say the experience of ticketing logistics at the Winter Games, which ended on Sunday, has encouraged them to streamline procedures and make better use of the infrastructure that the Olympics left behind.

"Taking into account that the highest priority is the comfort of the fans, the decision has been taken to perfect a whole swathe of technical solutions as regards the ticketing and spectator pass system of the Sochi circuit," organizers said in a statement.

The Sochi Grand Prix will be the 16th stage of a 19-round Formula One championship that begins on March 16 in Melbourne.

It is being held on the 100th anniversary of the last grand prix in Russia, in 1914, before World War One and the Bolshevik revolution ended the sport’s development.

The race is the first of seven Formula One grand prix due to take place in Sochi annually until 2020. Russian race officials are keen for the second edition to be held in the spring rather than the fall.