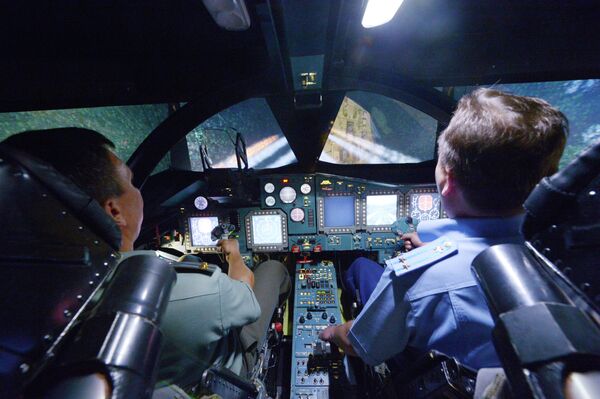 Training simulators allow crews to practice maneuvers in conditions as close as possible to actual flight, including group formations and combat exercises.

According to spokesman Colonel Igor Klimov, the trainers are to simulate a number of new types of aircraft now entering service, including new variants of Sukhoi and MiG fighters and ground-attack aircraft, as well as the Mi-8 AMTSh transport and Kamov Ka-52 attack helicopters.

The air force plans to equip about 15 air units with the simulators, Klimov said.