Public Support for Putin at Highest Since Inauguration – Poll 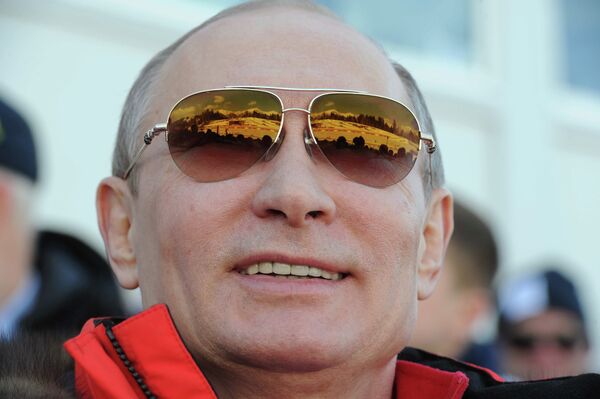 MOSCOW, February 26 (RIA Novosti) – Russian President Vladimir Putin has reached his highest approval rating since he returned to the Kremlin in 2012, a new poll reported Wednesday.

The survey by the state-run pollster VTsIOM found that 67.7 percent of Russians approved of Putin’s work as head of state.

The survey center said that the peak in popularity was “related to the results of the Olympic Games in Sochi, as well as the effect of comparison to the political unrest and specter of civil war in Ukraine.”

The Olympic closing ceremony on Sunday ended what many international spectators regarded as a triumphant Winter Games for Russia, following intense media speculation before the event about possible disruptions and even terrorist attacks.

Ukraine has been gripped by civil unrest for months, which led to last week’s deadly violence in Kiev and the overthrow of President Viktor Yanukovych. Almost 100 people died in the clashes between protestors and police, and Yanukovych has been declared wanted after fleeing the capital.

The poll, which the center said had a margin of error no higher than 3.4 percent, was conducted among 1600 respondents across 130 cities in Russia on February 22 and 23.

The VTsIOM study said Putin’ s approval rating peaked at 68.8 percent in May 2012, at the time of his inauguration for a third term as president.

His public approval reached a low of 54 percent in December 2011, as widespread street protests erupted in Moscow over alleged ballot fraud in Russia’s parliamentary elections that month.