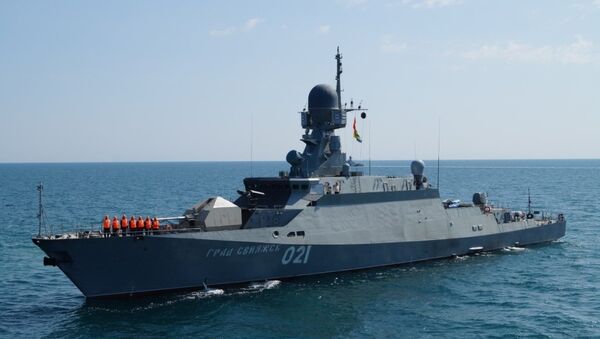 “The navy is expecting the Veliky Ustyug corvette this year and two more warships of the same class in 2015,” Chirkov said.

The Defense Ministry has ordered a total of nine Project 21631 (Buyan-M) corvettes for the navy, with at least six vessels to be assigned to the Caspian Flotilla.

The first two Buyan-M corvettes, the Grad Sviyazhsk and the Uglich, entered service with the flotilla earlier this year, Chirkov said.

The Zelenodolsk shipyard, based in Russia’s Tatarstan Republic, began construction of the sixth corvette in the series, the Vyshny Volochek, in August last year.

A Buyan-M corvette has a displacement of 949 tons and a maximum speed of 25 knots. It is armed with Kalibr (SS-N-27) anti-ship missiles, 100-mm and 30-mm guns, as well as Igla-1M air defense missiles.