Russia to Delay Ukraine Bailout Until New Cabinet Is Formed 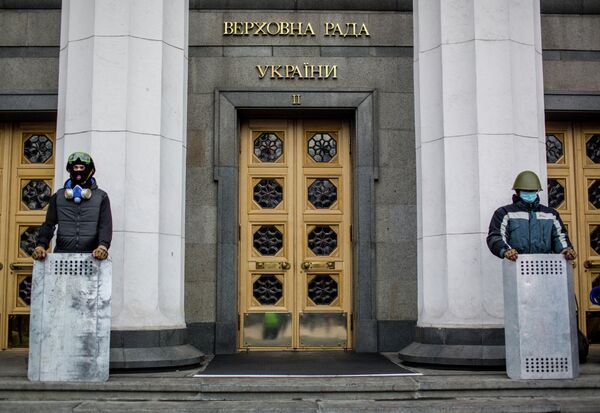 His comments came after Ukraine’s parliament voted Saturday to impeach President Viktor Yanukovych after weeks of protests as opposition parties rushed to consolidate their apparently growing hold on authority in the former Soviet nation.

The purchase of $2 billion Ukrainian eurobonds was to be the second tranche of Russia's $15 billion aid package to its neighbor, agreed between President Vladimir Putin and Yanukovych in December.

“We indeed discussed the purchase of eurobonds last week. But since the situation in Ukraine has changed dramatically, we should understand with what government we will cooperate. We plan to wait until a new government is formed to understand its economic policy,” Siluanov told journalists at the G20 meeting in Sydney.

Russia bought $3 billion worth of Ukrainian bonds in December in a bid to support its neighbor’s economy. Russia also agreed to a 30 percent cut in the natural gas price for Ukraine, which owes Moscow $2.7 billion for gas supplies last year.

Although the discontent that erupted last year was at first focused on the about-face move on EU ties, rallies took on a more general anti-government quality, calling for the president’s ouster and early elections.

The months-long demonstrations have seen occasional outbursts of violence between radical protesters and police, but the scale of bloodshed of the past few days marked an escalation that provoked international outrage and forced authorities to mediate a negotiated solution to the unrest.

Authorities say around 80 people have died, although opposition parties believe the real number may be much greater.