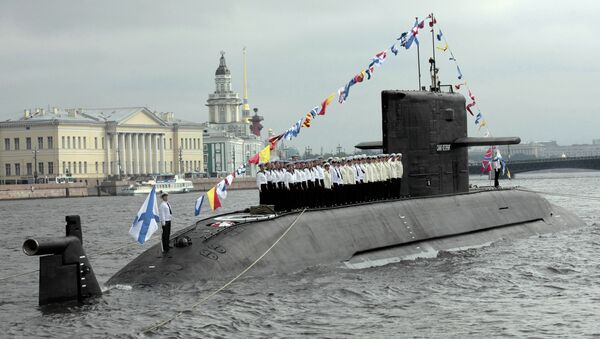 Russia’s latest generation attack submarine will be fitted with an advanced ultra-quiet propulsion system within the next three years, the country’s naval commander said Thursday.

Admiral Viktor Chirkov said that the first Lada-class attack submarine will be equipped with the air-independent system by 2016, to increase both its range and stealth.

The only operational Lada-class submarine, the Sankt Peterburg, entered into service four years ago after more than a decade of construction and sea trials.

The navy briefly suspended production of the vessels in 2012, pending design changes.

The new propulsion system is being developed at the northern Sevmash shipyard, the country’s largest.

Submarines with such systems can stay submerged for weeks at a time and are already in operation with a number of navies around the world. The United States has so far not employed the technology, however, in favor of the longer endurance and range of nuclear submarines.

Chirkov said that in the long-term Russia would move towards building submarines in modular fashion to produce a variety of sizes from standard parts, a common practice in the construction of surface ships. He added that future submarines would also increase their degree of automation.