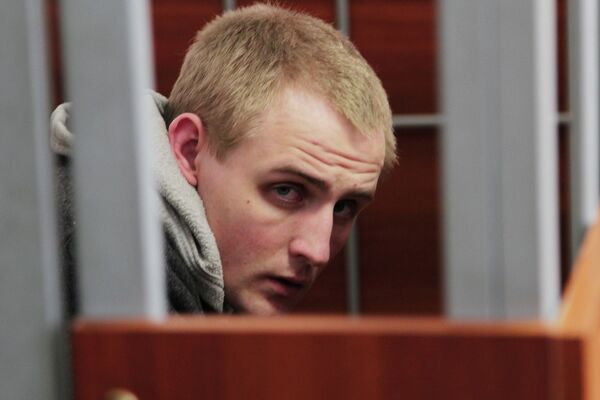 A Russian man accused of murdering an Orthodox priest in August has testified that he has no memory of the killing, prosecutors said Wednesday.

MOSCOW, February 19 (RIA Novosti) – A Russian man accused of murdering an Orthodox priest in August has testified that he has no memory of the killing, prosecutors said Wednesday.

According to investigators, Sergei Pchelintsev, a 27-year-old Moscow film school graduate, was staying in the priest’s house in the western city of Pskov at the time of the murder, after he had asked for spiritual help in dealing with a mental disorder.

The priest, 75-year-old Pavel Adelgeim, was found stabbed in the heart with a kitchen knife and police said Pchelintsev, suffering from schizophrenic hallucinations, claimed that Satan had ordered him to kill the priest.

Upon confirmation of the suspect’s mental disorder while in custody, prosecutors said in December that they were requesting he be confined to a mental institution.

That request was granted by the judge, who ordered compulsory medical treatment for Pchelintsev later Wednesday.

A court will convene again in six months to decide whether the treatment should be prolonged.

According to prosecutors, Pchelintsev recounted his early childhood in his testimony, describing frequent headaches. The accused could not recall many of the events of the day of the murder, noting that his memory often behaves sporadically.

“I called Anya and said that I was crazy, that we won’t be able to have kids. I was very upset. The next thing I remember they were taking pictures of me,” Pchelintsev was citing as saying in his testimony, which a prosecutor read aloud to the court in Pskov.

Earlier in the testimony, Pchelintsev said he had arrived in the city to discuss preparations for a wedding.

Priest Adelgeim was widely respected for enduring persecution under communism and had recently openly criticized the leadership of the Russian Orthodox Church for its cozy relationship with the Kremlin.