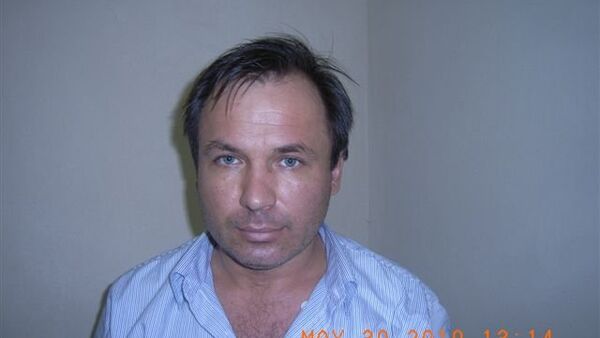 The defense for an ailing Russian pilot imprisoned in the United States are threatening to sue US penitentiary authorities over the quality of his medical treatment.

NEW YORK, February 18 (RIA Novosti) – The defense for an ailing Russian pilot imprisoned in the United States are threatening to sue US penitentiary authorities over the quality of his medical treatment.

Konstantin Yaroshenko is serving a 20-year sentence in Fort Dix low-security federal prison in New Jersey for attempted drug trafficking. He has reportedly experienced severe headaches and chest pains for the past two weeks.

Yaroshenko underwent ultrasound scanning in prison on Monday, but his lawyer, Alexei Tarasov, said that the procedure did not examine his heart. The results of the scans were not disclosed.

“If he does not receive proper medical treatment, the next step could be filing a lawsuit against the jail administration,” Tarasov told RIA Novosti on Tuesday, adding that the preliminary procedures for filing could take at least several weeks.

The lawyer said Yaroshenko's English was poor which made it very difficult for him to communicate with prison authorities.

"The problems are serious, but there are no interpreters in the prison," Tarasov said.

Russian Foreign Minister Sergei Lavrov condemned Yaroshenko’s treatment Monday and said that Russian doctors should be allowed access to him.

Yaroshenko was detained in Liberia in 2010 after replying to an advertisement posted by agents with the US Drug Enforcement Agency that claimed to be selling a cargo plane for $1. He was later flown to the United States.

The Russian pilot denied drug smuggling charges but was nonetheless convicted and sentenced in April 2011 for colluding to smuggle cocaine into the United States.

Yaroshenko said he had wanted to buy the plane, but that he had no plans to use it to transport drugs. He said his poor English prevented him from understanding the nature of the deal being proposed.

The New York Federal Court of Appeals rejected a motion for his retrial in August last year. The US has also rejected Russia’s request for Yaroshenko’s extradition.