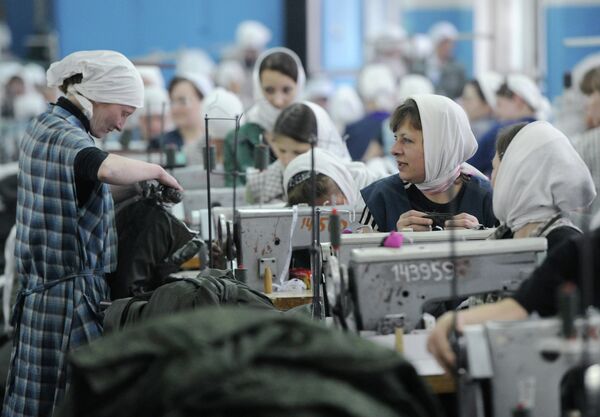 The prison service last week announced it was creating a trading house to market those wares in what it said would create a link between government agencies and product manufacturers.

Officials did not disclose in what way revenue from the sale of the products is to be used.

Oleg Korshunov, who heads the prison service’s economic and financial department, said Tuesday that the penitentiary service operates more than 1,000 facilities employing manpower of around 600,000 convicts.

"They work, of course, but unfortunately not as much as we want them to. Only 30 percent are assigned to production," Korshunov said.

Jail labor is used by governments around the world to profit from the manpower of incarcerated criminals, although the practice has ignited controversy in light of allegations that prisoners are forced to work unreasonably long hours for pitiful wages.

Claims of similar abuses in Russia have most recently been made by Pussy Riot punk band member Nadezhda Tolokonnikova, who was released from prison in December after serving almost two years of a jail sentence over an anti-government protest in a Moscow cathedral. In her accounts of her time in a labor camp, Tolokonnikova described inmates being forced to work 17-hour days sewing police uniforms for about 30 rubles ($1) a month.

The International Center for Prison Studies estimated that there were about 681,000 prisoners in Russian jails in 2013.