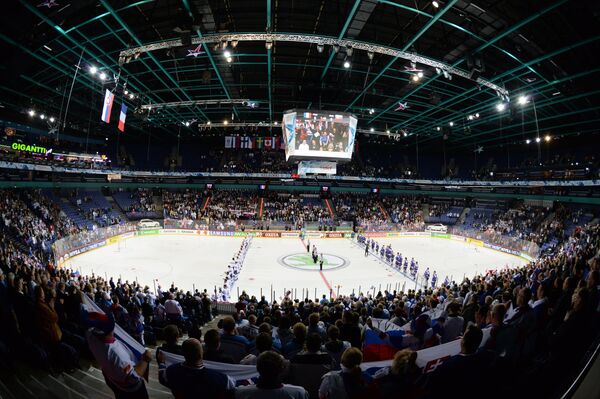 The sale of an ice hockey stadium in Finland to three businessmen known to be close to President Vladimir Putin is being challenged in court, according to R-Sport on Friday.

MOSCOW, February 15 (RIA Novosti) – The sale of an ice hockey stadium in Finland to three businessmen known to be close to President Vladimir Putin is being challenged in court, according to R-Sport on Friday.

Real estate developer Harry Harkimo sold the Hartwell Arena in Helsinki to Russian businessmen Gennady Timchenko and Boris and Arkady Rotenberg for an undisclosed sum in 2013.

Citing Finnish media, R-Sport said that Finnish media company Sanoma, which owned 18 percent of the stadium, is suing Harkimo over apparent irregularities in a buyout of minority shareholders.

Timchenko and the Rotenberg brothers are rumored to enjoy close personal ties to Putin and are among a small group of wealthy businessmen who have seen their fortunes multiply over the past decade under his leadership.

As well as the Hartwall Arena, the group bought a stake in its resident Jokerit ice hockey team. They announced that Jokerit will leave the Finnish league to join the Kontinental Hockey League in the 2014-15 season, the first Nordic team to join the competition.

Boris Rotenberg, his son Roman who manages the Arena Events Oy company that bought the stadium, and Timchenko each hold dual Russian and Finnish citizenship.

Timchenko, the co-founder of energy trader Gunvor Group, is president of SKA hockey club in St. Petersburg and has a fortune estimated at about $14.1 billion.

Arkady Rotenberg is chairman of reigning KHL champions Dynamo Moscow. He and his brother Boris are jointly worth about $4.7 billion, according to Forbes magazine.