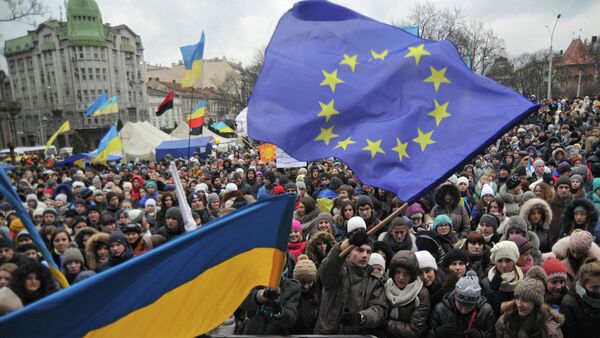 Police have released 127 out of 142 demonstrators jailed during mass anti-government protests in the country over the past two months, the Ukrainian National News agency said, citing the Interior Ministry.

The release of detainees follows the recent law declaring an amnesty for demonstrators, which has been seen as the first real concession to the opposition by Ukrainian authorities during the current political crisis.

The authorities have warned, however, that the amnesty will not be implemented if demonstrators do not vacate government buildings occupied during the protests by February 17.

Protests erupted across the country after President Viktor Yanukovych rejected an association agreement with the European Union at the last minute in November, and instead signed a deal for Ukraine to receive $15 billion in aid from Russia.

The demonstrations initially vented anger at the abandoned trade deal, but quickly turned into a broad anti-government protest movement. The standoff between the government and political opposition is continuing.

Police attempts to evict protesters forcibly from camps established in the center of the capital Kiev have turned violent on at least one occasion, drawing international condemnation.

Grushevsky Street in Kiev was the focus of more than four days of violence last month, in which more than 200 people on both sides were injured and at least three protesters died, according to official reports.