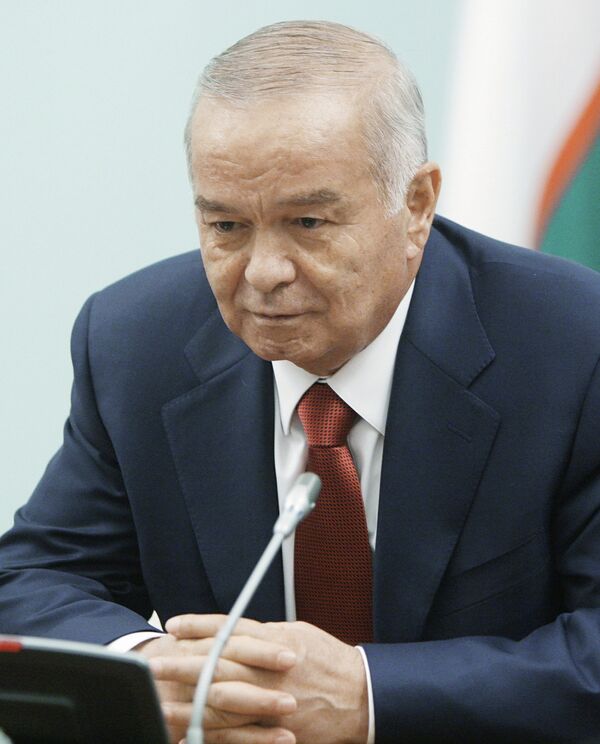 "It's not a cancelation, it's a postponing," the radio quoted Hynek Kmonicek, a foreign policy adviser to the Czech president, as saying.

He said the Uzbek side cited “a scheduling conflict” as the reason for the change in plans. The planned date coincided with Czech holidays and certain officials were not expected to be present at the meeting, he said.

No new date for the visit has been set.

Thirty human rights organizations and groups had sent a letter to Czech President Milos Zeman asking him to postpone the February 20-22 visit of Karimov, whom they accuse of jailing and torturing political opponents, activists and journalists.

Zeman replied in a statement that Karimov had been invited to visit the Czech Republic by his predecessor in 2004, and advised activists to be “better informed and less hypocritical.”

The number of Karimov's visits to Europe dropped after government troops opened fire on a crowd of protesters in the eastern Uzbek city of Andijan in 2005. The government said 187 people were killed, while rights groups put the number at about 700. The EU imposed sanctions on Uzbekistan shortly after the massacre.

Karimov has visited Europe only twice since 2005. In 2011, he visited Brussels, where he met with European Commission President Jose Manuel Barroso and NATO chief Anders Fogh Rasmussen, but no other officials. Last year he paid a brief visit to Latvia to negotiate Uzbekistan’s role in the withdrawal of international troops from Afghanistan.