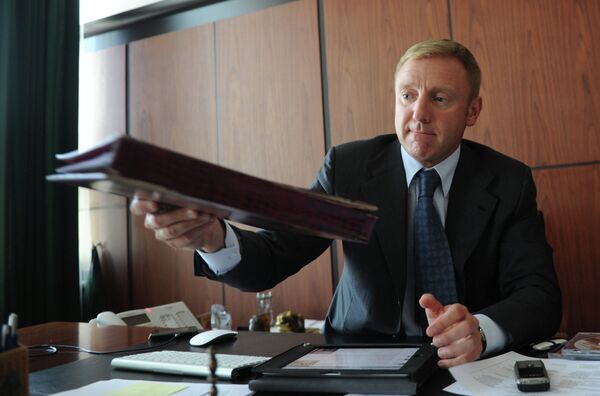 Whistleblowers are harming the public image of Russian academics, Dmitry Livanov said in an interview with Kommersant daily published Monday.

“People not versed in this topic will get the idea that all academics are cheats and liars,” Livanov was cited as saying. “It’s a severe reputational problem for Russian science.”

Dozens of Russian bureaucrats have come under fire in recent years on accusations of brazenly copy-and-pasting their doctoral theses, which are a status symbol for Russian officialdom.

The exposure campaign is led by the grassroots group Dissernet, which has checked more than 350 dissertations since it began its work in 2011.

Among others, Dissernet has blown the whistle on children’s ombudsman Pavel Astakhov, Investigative Committee head Alexander Bastrykin and dozens of governors and federal lawmakers.

Most authors have denied the allegations. Only one Dissernet target – Alexei Komissarov, the science department head at Moscow City Hall – admitted plagiarism and requested permission to write a new dissertation from scratch.

Livanov also criticized Dissernet for alleged political bias. The group includes participants of recent anti-Kremlin protests, but has targeted politicians across the political spectrum and says its activity is part of a broader anti-corruption crusade.

The minister also questioned the group’s professional credentials, claiming that only state-appointed experts are qualified to identify plagiarism.

Most Dissernet activists conceal their identities for fear of retribution by the officials exposed, but three of the group’s four founders, who have revealed their names, are prominent scientists.

Despite criticizing the movement, Livanov admitted widespread plagiarism in Russian officials’ dissertations. A study last year by the Russian State Library – the official investigative body for incorrect borrowing accusations – said about 10 percent of recent dissertations in history, a preferred subject for many Russian officials, are likely plagiarized.

Dissernet’s activities were also criticized last month by the Russian State Library. Representatives of the grassroots group claimed that criticism was the result of covert pressure from officials guilty of plagiarism.

Livanov’s deputy Igor Fedyukin, who led the ministry’s own brief anti-plagiarism campaign, stepped down last May citing “immense psychological discomfort” due to pressure from lawmakers he had been investigating.

The statute of limitations on revoking plagiarized dissertations in Russia is three years, which means most officials targeted by the whistleblowers face no legal repercussions.

Even Russian President Vladimir Putin was accused in 2005 by experts at the Brookings Institution in Washington of plagiarizing his PhD thesis in economics, awarded in 1997 by the St. Petersburg Mining Institute. Putin’s representatives denied the allegations.