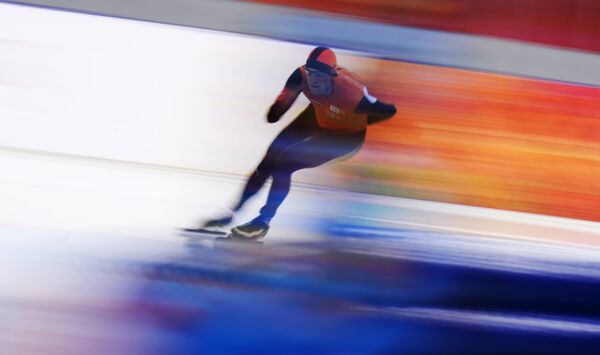 Kramer, 27, clocked an Olympic record time of 6 minutes, 10.76 seconds — seven seconds off his world record — at the Adler Arena on the Black Sea coast.

Jan Blokhuijsen claimed the silver 4.95 seconds back, while the bronze went to Jorrit Bergsma, who finished second behind Kramer on this track at the world single distance championships last year, another second adrift.

"It was absolutely not a good race, but under the circumstances it was the maximum I could do," said Blokhuijsen, who won a team pursuit bronze medal in Vancouver.

Bergsma, meanwhile, was dissatisfied: "I was not good enough, my start was good but I was not consistent. I tried to go for gold but I was too eager by the end and I didn't have anything left."

Russia had hopes of a first home medal of the Games, but their best result was sixth place for Denis Yuskov, nine seconds off the pace.

Vancouver bronze medalist Ivan Skobrev was seventh, half a second back.