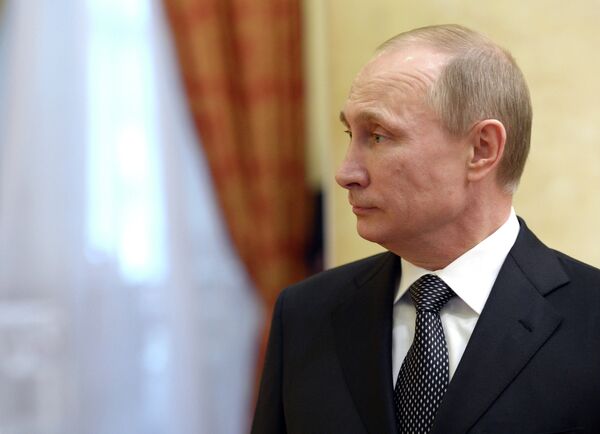 Russian President Vladimir Putin said in a documentary aired late Friday that a rival nation vying to host the 2014 Winter Olympics ran a dirty tricks campaign in an atttempt to derail the eventual winning Sochi bid.

In the documentary, which was shown on state television channel Rossiya 1, Putin said Sochi 2014 promotion leaflets were shoved under doors of hotel rooms occupied by members of the International Olympic Committee on the night before the final vote in 2007.

Under IOC rules, campaigning is strictly prohibited during the run-up to the vote.

“Do you know what saved us? CCTV cameras in hallways recorded that it was done by our rivals posing as us. It didn’t help them,” Putin said.

Putin did not name which country he believes was responsible for the alleged bid disruption attempt.

Sochi won the right to host the 2014 Winter Olympic Games during an IOC session in Guatemala in July 2007 after a close race with South Korea's Pyeongchang and Austria's Salzburg.