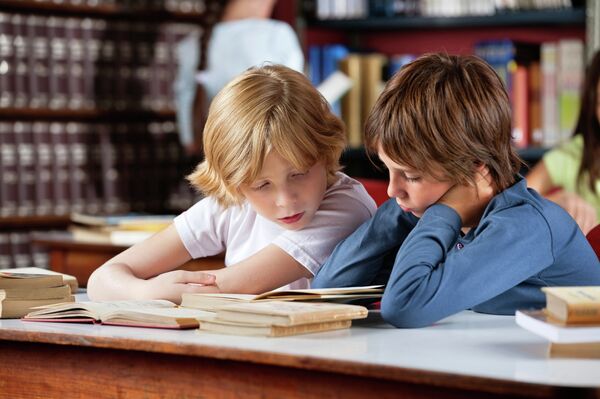 Prosecutors in the Volga area city of Ulianovsk are investigating whether a children’s library book promotes homosexual relations, a spokesman said on Wednesday.

The book – “Families. Ours and Theirs” by Vera Timenchik – was donated to the Ulianovsk Regional Scientific Library under the “Other, Others, Otherwise” charity project by noted Russian writer Lyudmila Ulitskaya. The project aims to teach diversity, tolerance and multiculturalism to children aged 10–13 years.

Timenchik’s book is devoted to family-related traditions and culture in various countries and contains information about same-sex marriages. The book won support from the UNESCO Moscow Office and was translated into English in 2008 as part of a joint project with “Tolerance Institute” charity foundation and the M.I.Rudomino All-Russia State Library for Foreign Literature.

“There is a problem with the contents of this book, because the promotion of such [homosexual] relations is prohibited by the Russian law,” a spokesman for the local prosecutor’s office said.

A library spokesman said the book has already been removed from open bookshelves.

The law criminalizing the promotion of “non-traditional sexual relations” among minors has been repeatedly criticized in Russia and abroad as discriminatory. Proponents say it is aimed at protecting children from harmful influences.

Late last year, prosecutors said a Russian toy store chain was under investigation for carrying a game that parents claimed promotes homosexual behavior. It was removed from sale.