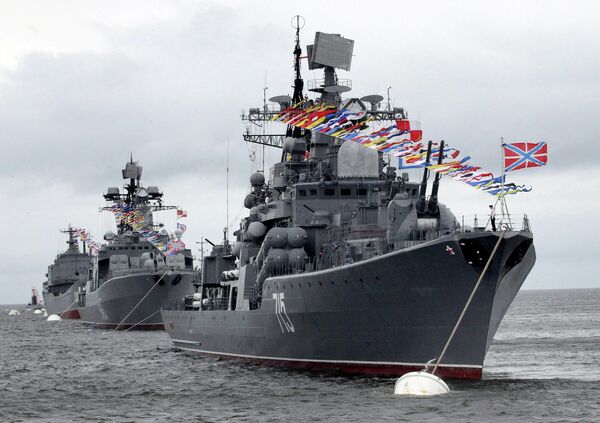 A naval version of the Tor short-range air defense system will be installed on all Russian warships, the manufacturer, Almaz-Antey Concern, said Thursday.

The new system, dubbed M-Tor, is a variant of the modernized Tor-M2KM system featuring modular assembly, high reliability and improved precision, according to Yuri Baykov, spokesman for Almaz-Antey.

M-Tor will gradually replace the outdated Kinzhal (SA-N-Gauntlet) systems, which have been in service since 1989, Baykov said at the DEFEXPO INDIA-2014 exhibition in New Delhi.

He also said Russia will offer Tor-M2KMs to India as part of the recently announced tender for 52 short-range air defense systems to form two missile regiments in the Indian army.

Almaz-Antey will test a modified version of the Tor-M2KM in the spring, mounted on a wheeled chassis manufactured by India’s Tata Motors, the official said.

According to the company, Tor-M2KM is a highly versatile air defense system that can be mounted on a wide variety of platforms, including railway cars, rooftops and ships.

“This expands significantly the scope of its operational deployment, as the system could be used to protect stadiums from airborne attacks during large international sports events,” Baykov said.

The system can simultaneously detect 48 targets, track up to ten targets and engage four of them at the same time.