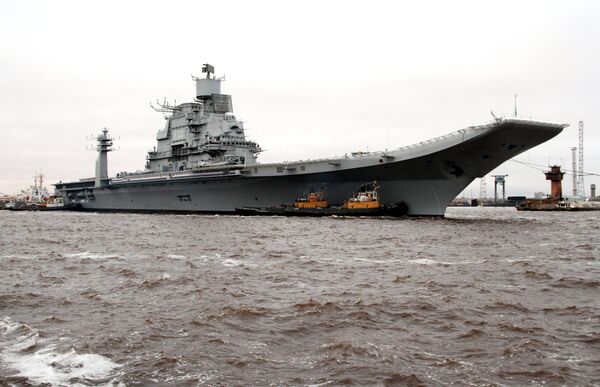 The sales represented a leap of more than 50 percent over Russian exports of weaponry to India in 2012, which were estimated at about $3 billion.

India accounted for about a third of all Russian arms exports in 2013, tentatively estimated at a record $15.7 billion, Dzirkaln said.

The South Asian country has been the biggest client of the Russian arms industry since 2007. Purchases have included warplanes, gunships and the aircraft carrier Vikramaditya, a refurbished Russian vessel formerly known as the Admiral Gorshkov, which finally arrived in India last month after almost a decade of delays since the $947 million deal was signed in 2004.