Golden Time for Silver Age Volunteers at the Olympic Games 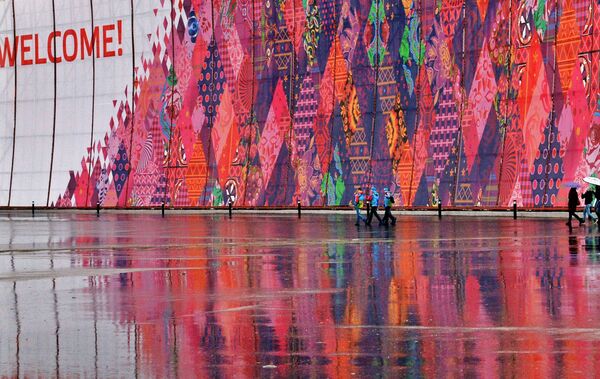 If you are in Sochi for the Winter Olympics this month, you may notice elderly men and women telling foreign visitors where to see the sights in town, manning the areas where events will be shown on big screens or even filling empty seats at Olympic events if needed.

SOCHI, February 6 (by Kevin O'Flynn for RIA Novosti) – If you are in Sochi for the Winter Olympics this month, you may notice elderly men and women telling foreign visitors where to see the sights in town, manning the areas where events will be shown on big screens or even filling empty seats at Olympic events if needed.

They are all part of Leonid Lyubimov's Silver Age volunteer group, which started up three years ago and now has more than 500 members.

The group, with members aged between 46 and 85, organizes from 35 to 40 events a month, from helping to clear waterways of trash to cleaning local landmarks and fixing up badly planted trees.

“People usually feel that the elderly need to be helped, but we decided to do the reverse. We help ourselves, organize ourselves,” said Lyubimov, an energetic, gray-haired 71-year-old, in an interview in the small office where he sits with his two deputies in downtown Sochi.

Now retired, Lyubimov spent most of his professional life at a scientific institute in Novosibirsk, in Siberia, but always dreamed of moving somewhere warm. He had maps of Crimea on his wall, almost moved to Cyprus, but eventually plumped for Sochi.

When Sochi was chosen as the venue for the Winter Olympics, he said it provided a push to start the volunteer movement: “It is interesting for us to live in a city where the Olympic Games will take place.” 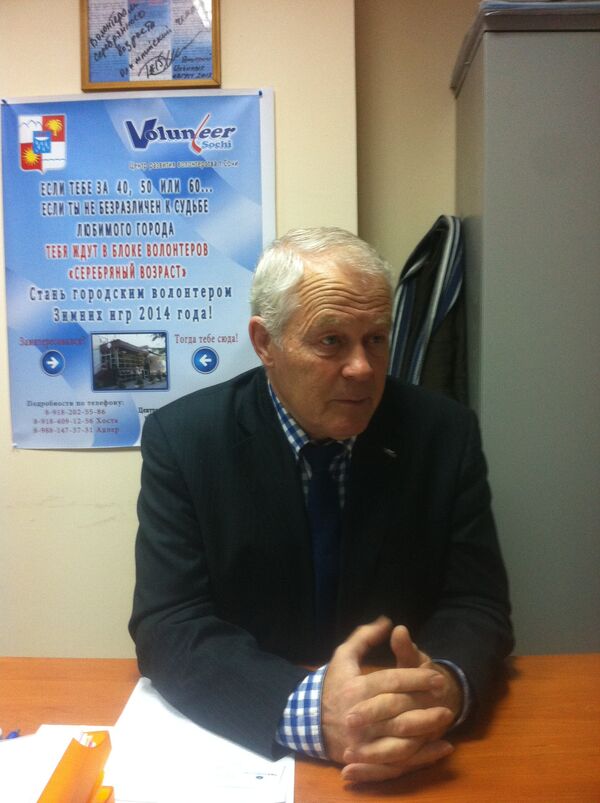 Leonid Lyubimov, 71, set up Sochi's Silver Age volunteer group as a way for the elderly to help the city and those in need
© Photo : Kevin O'Flynn

The Silver Age volunteers all remember the 1980 Moscow Summer Olympics, he said, adding: “To live through that was great but to see another such event is super.”

He is particularly proud that the group was created from the grassroots rather than by government command, although Silver Age gets support from the city and local legislators.

With a structure that harks back to the Soviet Pioneer youth movement, Lyubimov says his group can drum up a few dozen volunteers in less than an hour.

Many of them have been having English lessons in preparation for the Games “so at least we can explain how to get to the toilet,” as well as lessons in dealing with the public and with foreigners – skills not well honed in Soviet times.

“We love the city, although it is no secret that many people in Sochi go 'Why do we need the Olympic Games?' But a new city has been built,” said Lyubimov.

Seventy of the volunteers were recruited to take part as actors in a Chekhov-inspired portion of the Paralympics opening ceremony to be held in March.

One member, a retired doctor, has written an anthem for the group and the Silver Age has its own flag too. Lyubimov sees the group as not only for the Games.

“The Olympics will end but we will continue to work,” he said. “Our main aim is to wake up those who have become indifferent.”