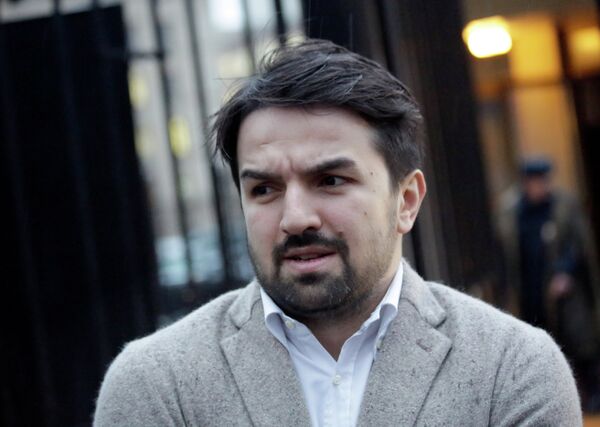 A spokesman for the Russian Consulate General in Dubai confirmed the detention of Muslim Musayev, the brother of lawyer Murad Musayev, but said the authorities have so far provided no official explanation for the incident.

“We have sent a diplomatic note to the UAE Foreign Ministry, but received no answer to date,” he said.

According to unofficial local sources, Musayev, who permanently resides in Dubai, was detained as part of an ongoing investigation into a jewelry store robbery. The possible role of nine other people from the North Caucasus region is reportedly being investigated.

Musayev is suspected of attempting to transfer illegally obtained funds to third parties, the source said.

According to Russia’s Izvestia newspaper, Musayev remains in custody after being detained late last year with several others as they attempted to smuggle out of the UAE about $350,000 that police suspect was stolen during the robbery, although that information has not been confirmed by officials.

Members of the Musayev family have become embroiled in at least two criminal scandals recently.

Murad Musayev is under investigation for allegedly paying off witnesses in the trial of Yusup Temerkhanov, who was convicted last year of killing disgraced former army colonel Yury Budanov. Musayev denies the accusations and says they are an attempt to pressure him over his work.

A third brother, Magomed, an investigator in Chechnya, is also under investigation for illegal possession and trafficking in firearms after police found a pistol and 40 cartridges during a search of his house on January 13. The family says the weapon was planted there.