Half of Russians Approve of Hosting Olympics in Russia 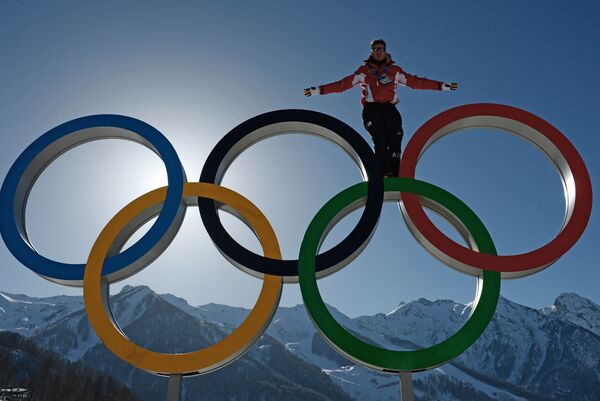 © RIA Novosti . Alexander Kryazhev
/
Go to the mediabank
Subscribe
International
India
Africa
Fifty-three percent of Russians think their country did “the right thing” by bidding to hold the Sochi Olympics, which kick off on Friday, according to a new poll released Wednesday.

MOSCOW, February 5 (RIA Novosti) – Fifty-three percent of Russians think their country did “the right thing” by bidding to hold the Sochi Olympics, which kick off on Friday, according to a new poll released Wednesday.

Twenty-six percent of respondents in the poll by the independent Levada Center said Russia should not have bid to host the Winter Games, and 21 percent were undecided.

But only 32 percent said Russia should seek to hold Summer Games as well, compared with 43 percent who disliked the idea.

“Opportunity for graft” was the most popular explanation for Russian authorities’ interest in hosting the Olympics, with 38 percent.

Almost half of the respondents, or 47 percent, said the record-high price tag of the Sochi Olympics was due to corruption.

Another 34 percent blamed “greed and dishonesty” of the contractors who built the Olympic facilities.

Sixty-nine percent of the respondents said they would watch at least some broadcasts from the Games, with ice skating, biathlon and hockey being the most popular sports.

Almost the same amount – 65 percent – said they would be watching to see Russians win, not to enjoy the show.

Russia was 11th at the 2010 Winter Olympics in Vancouver, the country’s worst performance ever at a Winter Games.

The poll was held in late January among 1,500 respondents and had a statistical margin of error of 3.4 percentage points.