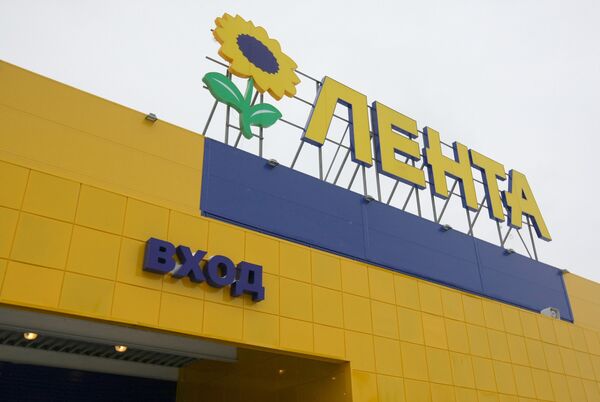 © RIA Novosti . Alexander Kryazhev
/
Go to the photo bank
Subscribe
A Russian hypermarket chain announced Monday that it is planning to go ahead with an initial public offering that will reportedly value the company at about $5 billion.

MOSCOW, February 3 (RIA Novosti) – A Russian hypermarket chain announced Monday that it is planning to go ahead with an initial public offering that will reportedly value the company at about $5 billion.

Retail firm Lenta said in a statement that it is seeking to list in both London and Moscow.

Lenta is planning to raise up to $1 billion in an IPO that will value the company at about $5 billion, according to media reports. A listing of that size would make it the biggest Russian retail firm to go public since fellow St. Petersburg-based hypermarket chain O’Key sold $419.5 million of shares in London in 2010.

Despite slowing economic growth in Russia and a weakening ruble, Lenta is one of several Russian retail firms currently looking at an IPO on the back of the country’s growing middle class and booming consumer sector.

Lenta was founded in 1993 and was for several years mired in a bitter shareholder conflict that was only resolved in 2011 with the buyout of minority shareholder, US-born lawyer August Meyer.

The hypermarket chain is 49.8 percent owned by US investment fund TPG, 21.5 percent by the European Bank of Reconstruction and Development and 11.7 percent by the investment arm of Russia’s state-owned banking giant VTB.