NASA to Coldly Go Where No Man Has Gone Before 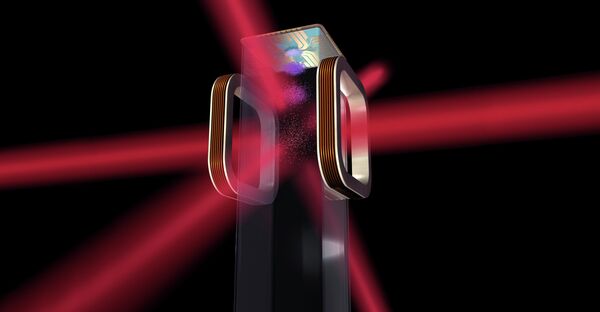 © Photo : Courtesy NASA/JPL-Caltech
Subscribe
The coldest spot in the known universe will soon be inside a new low temperature laboratory on board the International Space Station, NASA has announced.

MOSCOW, February 3 (RIA Novosti) – The coldest spot in the known universe will soon be inside a new low temperature laboratory on board the International Space Station, NASA has announced.

When the Cold Atom Lab is turned on in 2016 it is planned to reach just 100 trillionths of a degree above absolute zero, the temperature at which all atomic motion ceases.

“We’re going to study matter at temperatures far colder than are found naturally,” Rob Thompson, the head scientist on the project, told NASA.

Gases are cooled by expanding them, as for example spraying a household aerosol cleaner will cool the can, Thompson said.

To reach ultra-cold temperatures, scientists apply this concept to a microscopic scale by confining gas atoms with a device known as a magnetic trap. Some of the trapped atoms that are hotter than others will occasionally have enough energy to escape, leaving the remaining atoms cooler.

On Earth such traps must be made strong enough to resist the force of gravity, putting a lower limit on temperature. Scientists plan to circumvent that problem by building a laboratory in space.

The lab will study Bose-Einstein condensates, which are clumps of matter formed when atoms coalesce into a single particle at ultra-cold temperatures. As temperatures lower, more and more atoms can coalesce together.

The team at NASA’s California-based Jet Propulsion Lab hopes the device will be able to form single particles as large as the width of a human hair, making them visible to the naked eye.