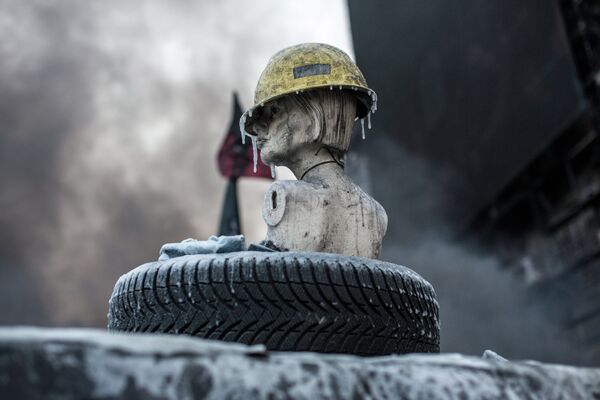 Ukrainian police are searching for suspects behind the alleged kidnapping and torture of a prominent anti-government activist last week, a police spokesman said Friday.

Dmitry Bulatov, 35, an organizer of anti-government rallies in which convoys of vehicles picketed top officials’ residences, went missing on January 22 in the Ukrainian capital, Kiev.

Supporters told police Bulatov was pushed into a car, tortured and then dumped in a nearby wood. He turned up late Thursday in a village outside Kiev bearing multiple injuries.

“I was crucified, nailed. They cut my ears and face. And I have wounds all over my body. But thank God, I’m alive,” he told reporters.
Bulatov said his assailants had a Russian accent.

His associate, Sergei Poyarkov, told Radio Free Europe/Radio Liberty’s Ukrainian service that Bulatov had been tortured in an attempt to obtain information from him about funding for the protest movement.

Another prominent opposition figure, Igor Lutsenko, was also abducted and beaten last week, with supporters claiming the attack on him had been organized by the same group that wanted information on the opposition’s funding.